FOODFIC: Please Welcome Christoph Fischer, Author of In Search of a Revolution 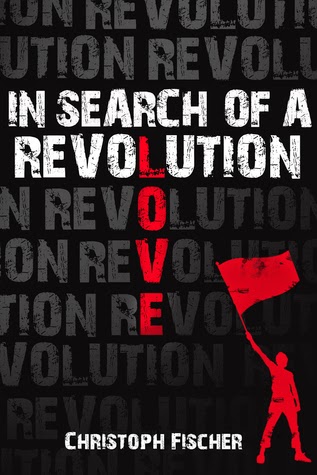 “Food in a war drama? That won’t be too exciting, will it?” I hear you say. Well, in a way it isn’t at first. Zacharias Nielsen, the hero of In Search of a Revolution gets no real taste of Finnish cuisine when he arrives from Denmark to join the Finnish Civil War in 1918.

He is young and full of enthusiasm and doesn’t mind the Army rations of fish, potatoes and bread, clearly not cooked with much love. For the sake of ideology, he can put culinary pleasures to the back of his mind and happily goes days without much food at all. His idealism easily survives that first crucial test.

After the war he lives with Raisa, a Finnish nurse, who finally introduces him to more traditional Finnish, Karelian and even Russian dishes. Finland had been a Grand Duchy and part of Tsarist Russia which influenced and enriched her menu. In Raisa's hands, Zacharias gets to eat a wide selection of dishes, most memorable are spicy meat stews and grilled black pudding with whortleberries. The cuisine however remains basic, since they are struggling with money.

When there’s no prohibition, they like their drink: beer, wine and vodka.

Raisa uses both, drink and food, to entice Zacharias and try to make him fall in love with her and her wonderful country. He is tempted, but it’s not enough.

All the way through the novel Zacharias misses the Danish pork stews.

“I miss the [Danish] bread the most,” Zacharias laments to one of his Danish friends in exile. “Your mother made the most amazing rugbrød topped with leverpostej,” he added. [That’s rye bread with liver pate]. “We had a cook but she always bought bread, and it was never quite as good as your mother’s.” Home sweet home begins with food and you can take the boy out of Denmark, but not Denmark out of the boy.


When he moves to Karelia the food there doesn’t impress him either (and nor do the politics and circumstances). It makes you wonder why Zacharias stayed in a foreign country with so many political changes and personal problems, and no leverpostej to speak of.

Somehow, however much you adapt, your mother’s cooking is always best.

Thanks for stopping by to share your food for thought, Christoph! 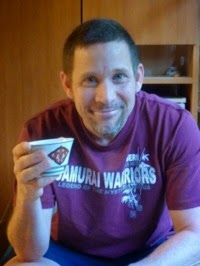 Christoph Fischer was born in Germany, near the Austrian border, as the son of a Sudeten-German father and a Bavarian mother. Not a full local in the eyes and ears of his peers he developed an ambiguous sense of belonging and home in Bavaria. He moved to Hamburg in pursuit of his studies and to lead a life of literary indulgence. After a few years he moved on to the UK where he now lives in a small hamlet, not far from Bath.  He and his partner have three Labradoodles to complete their family.

Christoph worked for the British Film Institute, in Libraries, Museums and for an airline. The Luck of The Weissensteiners was published in November 2012; Sebastian in May 2013 and The Black Eagle Inn in October 2013. Time To Let Go, his first contemporary work, was published in May 2014, and Conditions in October 2014. His medical thriller The Healer was released in January 2015.

He has written several other novels which are in the later stages of editing and finalisation.

You can find Christoph here: