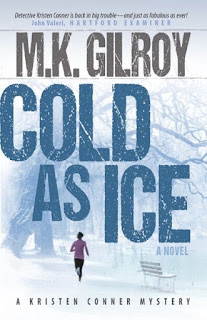 Detective Kristen Conner is always hungry so she covers the full spectrum of dining experiences in the Windy City! In fact, food is such a big part of what’s on her mind, I set up a Novel Restaurants Pinterest Board in 2012 to highlight Chicagoland eateries Kristen visited in Cuts Like a Knife and Every Breath you Take. With Cold As Ice releasing August 1, 2015, the board will soon have seven new restaurants, including Alinea, considered by many food critics to be the #1 restaurant in North America.

Is there a particular meal that stands out for Kristen Conner? More than one! After breaking up with a “sorta” boyfriend she, of course, runs into him when she’s out a week later with a “sorta” date—talk about awkward. In this case it was the Chicago Diner, which sounds (and looks) like a burger joint, but is a hardcore vegan restaurant in Lincoln Park. She insisted on going Dutch treat until she realized it is a cash-only establishment.

But don’t get the wrong idea. Our intrepid detective is definitely a meat-eater, with some almost romantic meals at Mortons and Lawry’s—two legendary downtown Chicago steakhouses—where she can put away as much “cow” as the boys.

Chicago is slowly but surely becoming known as a foodie town, which means that even local specialties, like deep dish pizza, are getting fresh new looks. Is that a good thing? Not to Kristen. She’s old school and the only pizza debate on her mind is Ginos v. Giordanos. (She votes Ginos East.)

So whether you are looking for white tablecloth dining or a hotdog with the works at Devil Dog, be assured, Kristen Conner has been there—and there won’t be leftovers. 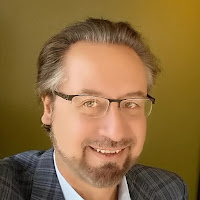 Mark “M.K.” Gilroy is a veteran publisher who has worked with major authors and acquired and created an array of bestselling books and series. When not writing Detective Kristen Conner novels, he creates book projects for publishers, retailers, ministries, and businesses as a freelance publisher.

Gilroy's debut novel, Cuts Like a Knife, quickly garnered critical acclaim from national media, bloggers, and readers—and hit #1 at Barnes & Nobel (BN.com). Gilroy is a member of the prestigious Mystery Writers of America. He holds the BA in Biblical Literature and Speech Communications, and two graduate degrees, the M.Div. and MBA.

Gilroy is the father of six children. He resides with his wife Amy in Brentwood, Tennessee.


You can find Mark here:


*The Kristen Conner Mystery series has moved to Sydney Lane Press and all three books, including Every Breath You Take and Cold As Ice will launch August 1, 2015. Under Pressure hits the market in February 2016.
Posted by Shelley Workinger at 10:53 PM