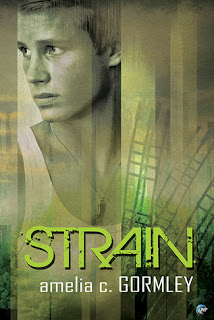 Scavenging in the Post-Apocalyptic World


The worst of the plague has passed. The vast majority of the world’s population is dead. Sure, there are still cannibalistic zombie-like creatures roaming around, but for the most part it’s safe to venture out of seclusion and thank God it is, because your carefully hoarded supplies are almost exhausted and you’re in real danger of starving to death.


But that’s okay, because assuming other survivors haven’t gotten to them first, grocery store shelves are loaded with non-perishables that no one is going to need. So you arm yourself with a small arsenal and make your way to the nearest supermarket. So far, so good. No plague victims to infect you. No cannibals to eat you. And you’ve managed to evade the other survivors who would shoot you just on the off chance that you were after their supplies.


The store is dark, of course; the grid collapsed months ago when all the people keeping it up and running died. But you have flashlights and batteries. The windows and doors are intact, so it hasn’t already been looted. So you break in and slip inside.


And that’s when the smell hits you.


All that meat. All that fish. All that dairy and produce. All without refrigeration for the last several months. The milk jugs have exploded because the milk inside has fermented. Flies are all over; the rotten meat in the butcher’s counter display is infested with maggots. Mealmoths flutter everywhere; all the flour and oatmeal in the bulk bins and grains that weren’t in airtight containers are full of weevils.


Cans and some of the boxes are intact, but first you need to brave the rats you hear scurrying around in the dark. And you don’t have much time to do it, because sooner or later those cannibals are going to find you. Better hurry.


But let’s say your hideout was rural. Plenty of farmland, but protein might be a problem. But hey, cows and goats survived the plague too, and there are deer to hunt, right?


Or maybe it’s ten years after the plague, and you’ve had to leave your refuge and all your supplies behind. Only now the non-perishables in the grocery store (the ones that survived the rats and looters) have, well, perished.


These are the sorts of scenarios I had to consider when writing my post-apocalyptic novel Strain and its prequel, Juggernaut and their upcoming sequel, Bane (all available from Riptide Publishing.) It’s easy to imagine that there will be plenty of non-perishable food around in the event of the end of the world, but the logistics of survival are a lot more complex than one might imagine.


Juggernaut takes place immediately before and after the world-ending plague, while Strain is set ten years later. For Strain and Bane, I had to imagine a world in which all the grocery stores had already been ransacked, and most clusters of survivors have already begun to relearn farming and herding livestock. Preserved meats—salted, smoked, jerky and so forth—would be common. For those who didn’t have supplies and know-how to preserve fruits and vegetables, produce would largely be a treat for the warmer months. This is why, sometime around the last major ice age, human beings evolved to be primarily carnivores.


Yes, you read that right; the claim that humans evolved as omnivores is actually quite misleading. We have the ability to eat vegetation and we require certain nutrients that are mainly found in fruits (such as vitamin C, lest we develop scurvy), but our digestive systems are actually far more similar to carnivorous animals than to omnivores. So in Strain, there’s more of an emphasis placed on seeing the characters eating fresh and preserved meats.


For Juggernaut, the logistics were quite a bit more complicated. I was dealing with characters who were still immediately accustomed to having endless quantities of food available to them with just a quick trip to the market. They wouldn’t know or have had time to relearn anything about farming or animal husbandry. Luckily the libraries will likely have gone unlooted and there will be books to read to learn about the subject. It will just take time.


But, for the most part, farming is a little more intuitive, and easier to accomplish for people who are still largely keeping themselves sequestered to avoid contagion. They wouldn’t dare venture out to hunt or try to round up the livestock that had managed to survive the neglect of not being fed and cared for by humans who had died. The survivors would probably focus most of their animal husbandry attempts on chickens, who are portable enough to make the journey to safety with the people in question. Their eggs could be a primary source of fat and protein and they’re small enough to maintain in quarantine pens and small enclaves of survivors.


Alas, gourmet cooking is likely to be an art form that will likely die out with most of the population. Fare will be simple and straightforward. Surviving takes enough effort without diverting energy to producing complex or time-consuming meals, especially since most cooking is going to happen over open fires. The electric grid, we’ve already established, has collapsed, and natural gas pipelines will only last as long as there are people to maintain them as well. Once they lose pressure, that’s gone too.


The same applies to the water supply. The only places that will have running water or indoor plumbing are places that have windmills to power pumps that will pressurizes pipes from in-ground wells. The digging of latrines will have to be strategic and most people used to indoor plumbing won’t realize that. We can probably anticipate a “second plague” of people dying from problems with sanitation and inadequate/compromised food supplies.
It’s almost enough to make one want to start stockpiling supplies and become a survivalist, isn’t it?

Thanks for stopping by to share your food for thought, Amelia!

You can find Amelia here:

Amazon.com
Posted by Shelley Workinger at 11:57 AM