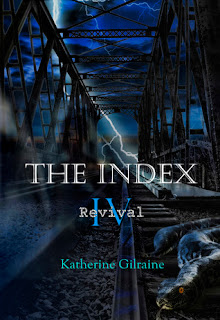 How do people spell togetherness? What do they usually have on the sidelines while discussing anything in the world, from personal to politics? The answer is a four-letter word: food.

We don’t generally think about what part food plays within the story, but it’s something that we do need to consider as part of a matter of course in our writing. With all the time that we invest into building our worlds, building our characters, crafting the plots, we need to consider what sort of meals the people that we authors create use to come together.

Think of your everyday meals at work. Think of what a person would eat if they were traveling, or sitting down with family. What does one order on a date?

For myself, personally, the meal I love the most is seafood dynamite at this one sushi place I like. It’s a concoction of shellfish, topped with mayonnaise and cheese, and baked. Sounds very heavy, but it’s not; it’s an appetizer dish barely 4” in diameter. It is, however, delicious, and I love little more than hunkering down with it after a long week at work.

I’ve not quite paid attention to food as I wrote it in the books, but I always went with whatever seemed to be the most natural thing. A quiet, cozy dinner in a private dining room, just to friends and family - roast chicken and vegetables, red wine. Comfort food. A cozy private dinner, and yet to one of the characters, Kataria, who has never felt like she was part of a family, to feel as such was something new. For all the comfort of a family meal, she is not altogether yet part of the family that she was born into, and for all the comfort of everyone else at the table - her sister, the people who were right alongside with her sister - she is the one feeling like the odd girl out.

So let’s take Kataria for an example. After the end of the fourth volume of The Index Series, Kataria is every bit as shaken up by the Battle of Earth as anyone else. Unlike her sister, however, she never felt like she had a safety net to work through the psychological after-effects of the battle. Her sister, Arriella, stops sleeping and barely eats, which directly impacts her work. Conversely, Kataria is determined to keep everything together, and this turns her to the well-known comfort of humans: alcohol.

However, regardless of how Kataria feels when she’s alone, which is evident by the lowball after lowball that she knocks back to dull out everything she doesn’t want to think about, there is always a place for her at her sister’s dinner table. Whether it’s exotic pear champagne from another world, or just simple chicken and veggies, she is welcomed and accepted - regardless of whether or not she feels as such. She, like anyone else sitting down at a new dinner table, just needs to be brave enough to take the first bite.

Thanks for stopping by to share your food for thought, Katherine! 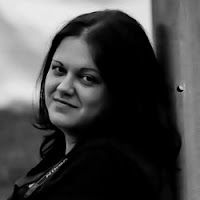 You can visit Katherine here:

Books on Amazon
Posted by Shelley Workinger at 9:14 AM