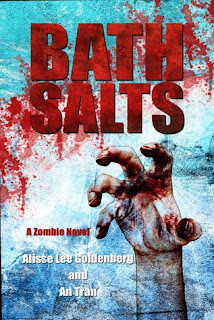 Canned foods, freshly grown vegetables, arctic goose, caribou, and fish all caught and hunted by the characters are what is being eaten in the zombie novel Bath Salts. It is the middle of the zombie apocalypse and two women living in Toronto, Canada see the reality of the situation around them. They pack up friends and family and run off to the heart of Nunavut where they set up a compound built out of two tiny trailer houses surrounded by a metal fence.

There, they now have to focus on survival. Naturally, the subject of food comes up a lot. Food, is a basic necessity for a person to live, and as such, the characters don’t want to merely get by. They set up a hydroponics shed in which they grow their own vegetables and fruits, as well as whatever herbs they can to make what they manage to trap and hunt more palatable. They keep a couple of mating gorals as livestock to provide them with milk and cheese.

The character of Ali takes on the role of mother for the entire group. She sees there survival as being about more then just living. For her, survival is keeping the humanity of the group intact. As such, she focuses on making their meals about more than just food. It’s about finding a way to make a birthday cake out of old cake mix and goose eggs. It’s about marking the holidays with the appropriate feast, substituting goose and caribou for turkey and roast beef. She sees the food she prepares as comfort and familiarity; something for the group to cling to and keep their spirits alive.

In contrast, An takes on the role of the hunter. She goes out, armed and ready, killing zombies and animals for their meals with relative ease. She believes that survival means staying alive, no matter what. Her attitude is reflected in her actions, and while she is a part of the group, her beliefs keep her as somewhat apart from it all. She will partake in their meals and their attempts to keep the past alive, but her heart isn’t in it like the others.

With two differing viewpoints, how will this group keep together, when their survival against bandits, zombies, and the elements counts on them being a team? Find out in Bath Salts.

Thanks for stopping by to share your food for thought, Ali! 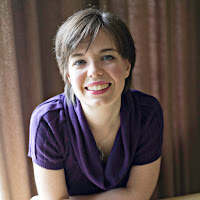 You can find Alisse here: