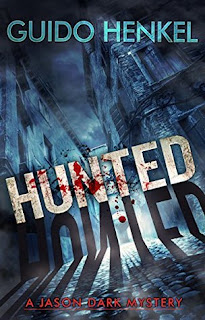 Food plays such an elemental part of our lives that I am often surprised how little of it is shown in fiction, and even in movies or TV shows. I mean, after all, didn’t we just have breakfast, and then lunch, and now we’re eating again? There are days when it feels that our entire being revolves around nothing but food. And the worst part is that after a few hours it is depleted, and the cycle starts all over again. For cooks it must be a devastating feeling to have labored over a good meal for hours, only to have it gobbled down in a few minutes without any further pay-off, knowing that it was a rather vain attempt to stop the hunger, because before long, we’ll be have to have at it again. In the real world, food is king, not money!

A while back my editor returned one of my manuscripts to me with the general comment “I love that Jason Dark and Siu Lin always have these conversations over food.” It was only then that I realized, yes, my characters do sit down to eat and talk about things. As a writer, for me, it’s always a nice set piece that gives me a backdrop that I can make as rich and detailed as I want to, or relegate it to the background if I desire.

While I have sit-downs in my stories where the characters eat sumptuous dinners—it seems to make Jason Dark’s deductive juices flow—I also use food as coloration. Like a throw-away line. He may just walk past a stall in a market place and grab an apple and share it with his companion Siu Lin, or he purchases fish and chips from a street vendor while being on the run to solve his current supernatural mystery. Naturally, rice dishes are also ever-present, as my character Siu Lin prefers her diet more Asian.

Drink is equally important, I believe. Not necessarily booze, but the general consumption of liquids. My Jason Dark mysteries play in Victorian England, so the generally accepted notion is that everyone drinks tea, but in a twist of fate—or was it just my imagination?—I decided to make Jason Dark a coffee drinker—a preference handed down to him by his father, like many other things. At the same time, as one would expect, Siu Lin is a tea drinker, though not of the British Earl Grey variation necessarily, she prefers the Lapsang and Jasmine teas of her homeland of China.

While I find that I never pick food scenes consciously, they seem to be part of my writing fabric. This is, perhaps, most noticeable in the series’ first book, Demon’s Night. When readers meet Jason Dark for the very first time, his introduction takes place at a breakfast table where he eats with his live-in sister in-law, as she points out a particular newspaper article to him, which ultimately leads to him investigating the case in question. As I said, I did not write this scene with the conscious desire of wanting to write a “food scene.” To me it simply felt natural. A beautiful morning, sunlight falls in through the window, fresh rolls on the table and a cup of steaming coffee, the aroma filling the air. It is homey, and the perfect counterpoint to what just happened on the previous page—yes, as you may have guessed, the previous chapter involved a few people getting killed by some strange creature.

Feel free to check out any book in my Jason Dark series, or give the latest release, Hunted, a try, and see how many food moments you can spot in the book.

Thanks for stopping by to share your food for thought, Guido! 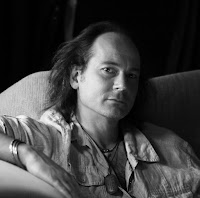 You can find Guido here:

Posted by Shelley Workinger at 9:30 PM