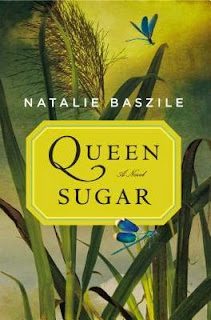 Prosper Denton makes his boss eat dirt. And on his first day in her employ, at that.

Oh, it’s not as bad as it sounds. See for yourself:

Charley raised the dirt to her mouth. She sniffed: wood smoke, grass, damp like a sidewalk after it rained. She tasted: grit, fine as ground glass, chocolate, and what? Maybe ash? She closed her eyes as soil dissolved over her tongue, and slowly, slowly, almost like a good wine, the soil began to tell its story. She tasted the muck, and the peat, and the years of composted leaves, the branches and vines that had been recently plowed under, and the faint sweetness the cane left behind. She swallowed: a moldy aftertaste she knew would stay on her tongue for the rest of the afternoon.

Okay, so maybe the moldy aftertaste is that bad. But the lesson is invaluable.

You see, Charley Bordelon has just inherited an 800-acre sugar cane plantation in middle-of-nowhere Louisiana. The man she’s been paying to run it until she can relocate with her daughter from L.A. has not only not been doing his job; he then up and quits on her the day she gets to town.

So Charley finds herself a young, black, single mother from another state struggling to find a foothold in a town of old white men who’ve been there generations and would be more than happy to buy her out when she fails at this endeavor.

If Charley has any hope of succeeding (and putting all those jerks in their places), she’s going to have to dig in with both hands. Luckily, she’s not afraid of a little dirt ;)
Posted by Shelley Workinger at 7:52 AM