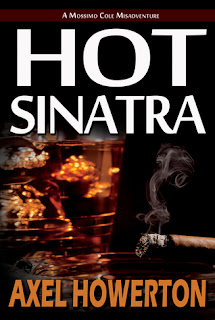 Coffee is God. Coffee is the Life-bringer.

The Alpha and the Omega. That’s what Cole calls it.

At least, that’s how I feel. Me and ol’ Mossimo Cole. We love our beans, man.

Do you know Moss? Tall, good looking dude, lots of tattoos, lots of scars, usually wearing this beat-up old fedora he got off of his grandfather. Lives next door to me. Right down the street there. Chicks dig Moss Cole. He’s one of those tall, dark, and soulful types. What Cole loves? Jazz and a fine ristretto pull.

I know. What the hell is a ristretto? Basically, a ristretto is the first half of an espresso. When you squeeze that water through the tightly-packed grounds of coffee bean dust, forcing it at temperature and pressure to work it’s way down through the earthy mantle of a fine grind, and flood out in a big muddy, a veritable Mississippi of shape and colour. The darkest, smokiest, velvet-smooth, dark chocolate magnificence. Coffee contains over a thousand aromatic compounds, and the best and boldest of them are at their peak when you use that first pull.

You dump that into a demitasse and suck it back, brother that’s a straight ristretto. Drop some water in like an Americano, and we’re talking a Long Black. Moss likes those two ristretto shots split with a lovely cloud of foamed milk. Silk and satin, that’s what he calls it. Baby, that’s Flat White right there.

You better believed you’ve never had a coffee so rich, so flavourful, so damned exquisite.
I used to be a three or four latte-a-day man, licking the caramel scorch-ring off the bottom of a truck-stop pot of joe, if I was having an especially bad morning. Moss showed me the light. He showed me the way. That lady friend of his, the redhead with the stems like polished marble? Rosie.  That was her name. Hot stuff, sweet fancy Moses. Cup of coffee like bountiful naked angels pouring pure sunshine and rainbows straight down your gullet. Haven’t seen her around lately though. Ol’ Moss has been a little down and out. Looks like he’s been run up one side and down the other with one of those riding mowers. Maybe I’d best check in on him.  Been hearing a lot of Chet Baker and not much Satchmo coming out of his place next door.

First things first, I’m feeling a mite slow ‘n’low myself, better shuffle on down to the corner, down to the hipster coffee bar. They got a new girl there, Australian. Mossy says they invented the flat white. She says that too. Says her name’s Pie-Pah, but the tag says Piper. Doesn’t matter what they call her when she can pull a cup of joe like that, I tell ya.

I’ve got a nice crisp ten-spot with her name on it. Pie-Pah.  Of course, ten bucks won’t buy me two large (one now and one for later) plus one for Moss, and leave her with a tip. So I guess Mossy’s on his own. Unless he wants to spot me a cup later. Yeah, he’ll be good for it. He usually is. Right?
Nah. Better not chance it. I’m gonna need that fix later. Alpha and Omega. One now, one for later.

I ain’t gonna argue with the Coffee Gods.


Thanks for stopping by to share your food for thought, Axel!

Axel Howerton is the genre-hopping, punch-drunk author of the horror novella Living Dead at Zigfreidt & Roy, and the darkly funny detective novel Hot Sinatra, which was a finalist for the 2014 Arthur Ellis Award for Best First Novel. His newest novel Furr, available now from Tyche Books is a "modern gothic werewolf story that's part crime novel and part urban fantasy". Axel is the editor of the anthologies Death by Drive-In, Tall Tales of the Weird West and AB Negative. His work has appeared in places like Big Pulp, Fires on the Plain, Steampunk Originals, Night Shade, Dark Eclipse, Sleuth Magazine, and "The Big Lebowski" compendium Lebowski 101, as well as the anthologies A Career Guide to Your Job in Hell and Let It Snow.

When he's not on-duty as a hometown anti-hero, Axel spends most of his time roaming the untamed prairies of Alberta with his two brilliant young sons and a wife that is way out of his league.

You can find Axel here:

Posted by Shelley Workinger at 7:51 AM