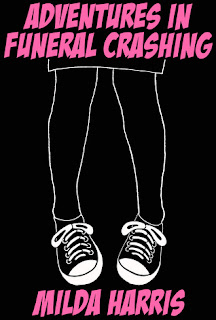 Imagine this: peanut butter, bananas, ice cream, and milk blended together to utter perfection. That's right. I'm talking about a peanut butter banana milkshake. Yum. No, actually that's not a good enough word to describe that miraculous blending of flavor. It doesn't quite do it justice. At least, that's how the heroine from my Funeral Crashing Mystery Series, Kait Lenox, feels.

That awesome concoction is her favorite treat. She calls it heaven on earth. She likes her peanut butter banana milkshake from one place particularly, a coffee shop called Wired. Even a murder mystery can't deter her from them. She is that obsessed.

From that initial idea, the milkshake took on a life of its own in the story. Kait can't stop talking about them. It's her go-to comfort food and beverage of choice when it shows up on a menu. She even uses it to compare how great something is and the only thing that can beat the phenomenal bliss of a peanut butter banana milkshake from Wired is a kiss from her crush, Ethan Ripley. It must be true love then, right?

Kait's love of the peanut butter banana milkshake has evolved, though. In Adventures in Funeral Crashing Kait gushes about them endlessly and drinks them whenever the opportunity presents itself, but in a later book, Adventures in Murder Chasing, you learn that there's more to the story than her love of a simple milkshake. She used to share her passion for them with her now ex-best friend, Ariel. It was their thing to go to Wired, drink them, and gossip...until their friendship ended. Their complicated friendship/ex-friendship spans the series and their dual love of peanut butter banana milkshakes is just a piece of their story.

So, now we have the milkshake's backstory. This brings up an interesting question. What will be the next chapter in the journey of Kait and her peanut butter banana milkshake love affair? What does the future hold? Will she be able to find one when she heads off to Paris in the next Funeral Crashing book or will a mystery get in the way? More importantly, who will be sharing that milkshake with her?


Thanks for stopping by to share your food for thought, Milda! 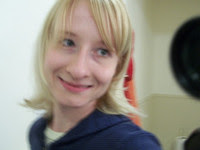 You can find Milda here:

Posted by Shelley Workinger at 9:17 PM