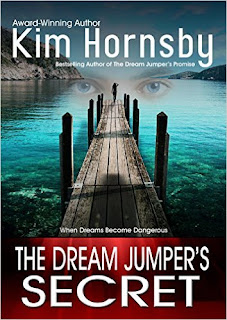 I love to mention what my characters are eating in my novels. As an avid reader, I appreciate the mention of food in the storyline, especially if it gets me salivating. That’s the sign of a talented writer.

The Dream Jumper’s Secret, the second book in my Dream Jumper Series, begins on Maui in late May but the story soon goes to Carnation, Washington, a small town forty minutes east of Seattle, where May and June are customarily cool. There, meals are eaten at home, around a table, and menus are based on meat and potatoes. Both Jamey’s father and Tina’s parents have Anglo Saxon backgrounds and are over seventy-years-old, raised during a time when dinner included – meat, vegetable, starch—with little regard for cholesterol.

With the weather and the chef’s background factored in, here’s what Tina and Jamey eat in The Dream Jumper’s Secret:

On Maui we have Tina and Jamey (a brand new couple) eating teriyaki chicken, mango smoothies, cold beer, and mostly takeout. Tina has never had an interest in the kitchen as a business major and scuba shop owner, so she grabs food on the go. As a bachelor and a former soldier, Jamey is used to this too.

In Carnation, breakfasts consist of Canadian bacon, (I had to get that in there, because I was born and raised Canadian), fried eggs, and always coffee. Lots of coffee for Jamey. He’s a former Special Forces soldier! Lunches in Carnation tend to be cold cut sandwiches and homemade potato salad. Dinners are creamy clam chowder, stews, vegetable soup, or beef barley soup, all made from scratch. Jamey and his father sit at the old wooden table and slurp soup, using chunky homemade bread to clean their bowls afterwards.

At Tina’s family’s house, on Mercer Island, Washington, her mother and father eat meals in the formal dining room. The Greene’s have a housekeeper, Millie, who does the cooking. They dine on Chicken Cordon Bleu, Pot Roast with basted potatoes and carrots, and Roast Chicken. But, one night Tina goes to the local Chinese Restaurant and brings home Cashew Chicken, Fried Rice and Broccoli Beef, which is eaten informally.

When the story heads to Afghanistan, Tina finally shoves a hamburger and greasy fries with ketchup into her mouth. Then, she washes it all down with a chocolate milkshake from the Kandahar Airbase chow tent.

At the end of all my books, I include at least one recipe, and in The Dream Jumper’s Secret, I published Pops’ Seafood Chowder and Millie’s Pot Roast. It always makes me happy when a reader emails me to say they tried the recipe and loved it! Or, if I’m asked to speak at a Book Club and the hostess has made the recipe. I’ve had teriyaki chicken and mango salsa many times.

If you’re interested in The Dream Jumper Series, you can find my books at www.bit.ly/kimamzn on Amazon, or comment below for the chance to win your choice of the 3 ebook Dream Jumper Series or my Christmas Box Set of 8 Books, Criminal Christmas, with Ann Charles and Alexa Grace.

Thanks for stopping by to share your food for thought, Kim! 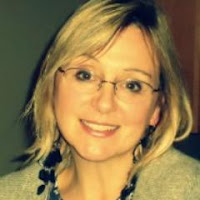 You can find Kim here: