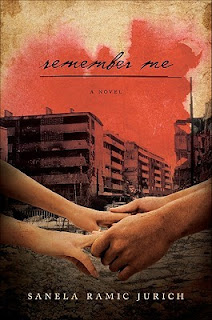 At the innocent age of fifteen, Selma was just beginning to experience the power of her first love.

Unfortunately, living in Bosnia in 1992, Selma and her parents soon found themselves targets of the Bosnian War. Being in a war, they didn’t have a lot of choices when it came to food. They ate whatever they could find.

Since Selma and her parents lived in a city, they didn’t have a vegetable garden or live stock. They ran out of money, so they couldn’t just go out and buy food.

At first, they would walk to Selma’s grandparents’ farm and borrow food. The walk would usually take them about two hours there and two hours back, but as the war situation got worse, going there became too dangerous.

After Selma’s father got arrested by the Serb army and taken away to a concentration camp, Selma and her mother were at the end of their rope. They had absolutely nothing to eat and no way of getting food. That’s when one of Selma’s neighbors pitched in and started sharing with them what little food she had left.

She didn’t have much herself, so they had to come up with their own recipes in order to create something out of nothing.

One of Selma’s favorite things to eat at the time were these little doughnut-like cookies they didn’t even have a name for.

In a large bowl, they would mix a little bit of flour with a couple of diced apples, a pinch of sugar, and some water. They would, then, take spoon-fulls of it and deep fry until golden brown. Sprinkled with some powder sugar—if they were lucky enough to have it— it almost tasted delicious.

Those were the happy memories of shared meals in a war. However, those days didn’t last too long, for Selma was unfortunate enough to be taken away from home and thrown into a concentration/rape camp where she had to learn the hard way about how little a person needs in order to survive.

Follow Selma’s journey through love, despair, hope, and peace in author Sanela Jurich’s Remember Me. Experience the brutality of the Bosnian Genocide, but see how God’s hand restores Selma’s life tenfold. Understand the courage it takes to face your attackers and relive the pain in the name of justice. Discover whether love can blossom from beneath the rubble of war.


Thanks for stopping by to share your food for thought, Sanela!

You can find Sanela here:

Posted by Shelley Workinger at 12:31 PM