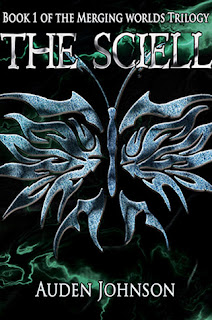 In the Merging Worlds series, you get to know different kinds of non-human characters. You meet the Del’Praeli in Book 1: The Sciell. They’re a race of beings that use the power in Darkness and can become shadows. Because they’re so connected to the Darkness, their bodies are a bit different. They don’t need to eat and sleep every day. They can’t handle “human” food. Shade Harrellite, one of the main protagonist, got sick after eating bacon.

So, what do they eat? Raw meat. Their bodies can take cooked meat but they don’t eat it often. They prefer the taste of raw meat. As for drinking, they only do water. They live on a river. Water is easy to gather. The Del’Praeli make an alcoholic beverage called Subfusc. It’s the only thing strong enough to get them drunk. Shade’s the only Del’Praeli, in many years, who consumed something other than meat, water and the occasional glass of Subfusc.

Food provided a good bonding moment for the protagonists, Shade and Vayle. They’ve been separated for five years because Shade went away to live in a human city. The Del’Praeli are isolated from the rest of the world in a village called Raesul. Although Vayle could visit Shade in the human city, those that ruled Raesul wouldn’t allow him to see her as he pleased. Shortly after Shade returned, she and Vayle found themselves sleeping outside in the forest. Shade, in her excitement, offered to cook meat over the fire. Vayle had no interest in cooked meat but he agreed because it had been awhile since he saw Shade so upbeat. They were both happy because they were together, just enjoying each other’s company.

I’ve been trying to figure out the inspiration behind that scene. I wrote it maybe 5 years ago. At that point, I hadn’t done any cooking or bonding around the campfire. Most writers have a scene or two (or five) that just comes out of them from wherever ideas are born. Maybe my characters are alive in another world and they’re whispering their stories to me. ;)

Thanks for stopping by to share your food for thought, Auden! 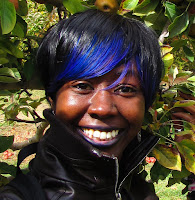 You can find Auden here:

Posted by Shelley Workinger at 1:09 PM