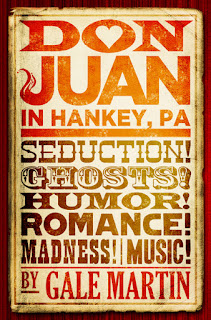 Though once a thriving small town, Hankey, Pennsylvania, became part of the Pennsylvania Rust Belt when the steel mill closed and the ranks of high-paid executives and managers moved away in 2005. As a result, most of the finer restaurants and eateries closed, too.

Who can afford to dine at the Colonel Hankey Inn anymore, with entrees like Drunken Lamb, braised in porter and priced á la carte at $25 a plate?

Okay, maybe Richard Rohrer, the retired dermatologist and former chair of the Hankey Opera Guild springs for fine dining frequently. Oh, and his girlfriend Vivian Pirelli, the bipolar ketchup heiress, whose family made their fortune pulverizing tomatoes. Compared to a decade ago when the economy was robust, only a handful of Hankeyans are keeping the Colonel Hankey afloat.

Deanna Lundquist, the current chair of the Opera Guild, prefers to entertain the rest of the guild in her beautifully appointed home. She is busy burning through her divorce settlement faster than you can say, “replacement trophy wife.” Deanna adores a menu of heavy hors d’oeuvres paired with fine wines, such as Duck Confit which she serves with an Australian Shiraz, or goat cheese crostini with a crisp Napa Valley Sauvignon. It pains her to spend good money on all those gluten-free options for Vivian, who has every food allergy known to womankind, and definitely not Deanna’s favorite person. But Deanna is nothing if not a gracious hostess (with designs on a lead gift from Vivian’s family foundation to keep the opera guild in the black), so gluten-free wins out over full flavor every time Vivian is on the guest list.

While the Colonel Hankey Inn no longer fits most folks’ budgets, the Steel City Diner with their $1.99 week day breakfast special is the perfect option for everyone and as popular as ever with displaced workers, cheapskates, and Belgian-waffle lovers of every economic stripe.  That diner must use half a can of real whipped cream on each perfectly golden, berry-bedecked waffle.

For big celebrations like opening night parties, the Opera Guild relies on Luigi’s Italian Trattoria for tasty yet affordable receptions, like the one they threw after the premier of their new production of Don Giovanni, featuring the Argentine sensation Leandro Vasquez singing the title role. Sometimes Luigi even throws in the cannolis—on the house—provided the guild orders three entrees or more for the buffet.

If productions keep selling out like Don Giovanni, perhaps the guild can move their opening night receptions back to the Coloney Hankey Inn someday soon. Their calamari with spicy tomato dipping sauce tops Luigi’s pedestrian marinara every time.

Thanks for stopping by to share your food for thought, Gale! 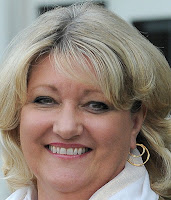 You can find Gale here:

Posted by Shelley Workinger at 7:23 AM