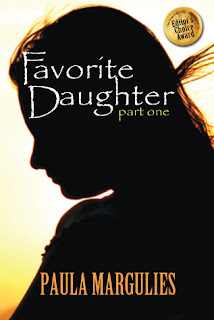 I wrote my first historical novel, Favorite Daughter, Part One, because I wanted to tell the story of Pocahontas in her own voice, from her point of view (rather than the John Smith version of her history we learned in school). When I first began writing the novel, I quickly learned that the backbone of good writing in a historical is a reflection of the amount of research the writer does. With that in mind, I spent many hours studying the culture and traditions of the Powhatan and Algonquian tribes. While researching, I learned that the Powhatan tribe had a rich culture of agriculture and food husbandry.

The Powhatan tribe planted corn, vegetables (beans, pumpkins, and squash), and harvested fruit and nuts from the surrounding area. In addition, they hunted and fished, so that meat was abundant in their diet. The Powhatans hunted deer and wild hogs and caught many types of wild birds, including geese, turkey, and other types of local fowl. They ate dried meat, beans, corn, and fruit, including apples and wild berries, in the winter months. A favorite Powhatan dish was a vegetable stew called pausarowmena, and celebrations included fermented drinks, like puccahiccora. The Powhatans also baked a cornbread called apone.

The Powhatan women did most of the gathering of wild fruits and berries and plucked the feathers from the wild fowl caught by the men. In addition, the women gutted, butchered, and smoked the meat hunted by the male members of the tribe, and also tanned and smoked the hides to use as coats and blankets. Deer and hog stomachs were used to carry water. When courting, the young Powhatan males often made gifts of the wild birds they hunted to their chosen mates.

The Powhatan tribe lived in wooden roundhouses that contained centralized kitchen areas, which consisted of a large fire for cooking, utensils made from wood and stone, and stone tools and surfaces for grinding, cutting, and carving food items. The kitchens were run by the elder women in the tribe, with younger women helping to prepare and serve as required.

When researching the characters for my novel, I learned that Pocahontas was keenly interested in her father's political work in both the villages that were part of the tribe and in the interaction with the white settlers living across from what is now known as the James River. She was a king's daughter, so she was not required to cook or harvest, although when younger, she did spend time helping her older sisters with those tasks.

Her oldest sister, Mattachana, was a mother figure for Pocahontas, since Pocahontas's mother died in childbirth. Pocahontas helped Mattachana with the traditional women's chores regarding cooking and eating, but Pocahontas was not tied to the kitchen the way her older sisters were.

Initially, the Powhatans were generous with the white settlers, bringing them food in the harsh winters and trading corn with them for trinkets and tools. As the relationship soured between Powhatan and the white leaders, food became an issue for both sides. John Smith was known to invade Powhatan villages and strong-arm the villagers if they would not give him corn. As the harsh winter months continued and the settlers refused to give up their poorly situated fort on the Chesapeake shore, they found food to be so scarce that many of them starved to death.

The Powhatans also felt the brunt of harsh winters, partially from poor crops given up by weak harvests and partly because the settlers demanded so much of the natives' stores. Eventually, as the tribes fought the settlers, food became scarce and was often an issue for both parties during years of poor harvests and war-related conflict.

Of course, the legend of Pocahontas originates around her willingness to bring food to the starving settlers when they first arrived on the Chesapeake. Her friendship with John Smith and the favored position she held with her father allowed her to be the conduit for many of the food supplies that saved the settlers in their early years in the new land.

Eventually, Pocahontas was abducted by the English settlers and converted to Christianity. By that time, the tribe's relationship with the settlers had deteriorated, and the settlers had become better at growing some of the local crops like tobacco and corn. Pocahontas eventually married one of the settlers, John Rolfe, who was a tobacco farmer. She was brought by the colonists to London, England, where she became a celebrity of sorts and met the king and queen (and also reunited with John Smith, a meeting that reportedly did not go well). On her way back to the colonies, she came down with either pneumonia or tuberculosis and died, although members of the Mattaponi tribe claims she was, in fact, murdered. (Stay tuned! These events will be covered in Favorite Daughter, Part Two, which I’m writing now.)

Thanks for stopping by to share your food for thought, Paula!

Paula Margulies is the owner of Paula Margulies Communications, a public relations firm for authors and artists. She has received numerous awards for her essays and books, including her nonfiction handbook, The Tao of Book Publicity: A Beginner’s Guide to Book Promotion; her historical novel, Favorite Daughter, Part One; her debut novel, Coyote Heart; and her short story collection, Face Value: Collected Stories. Paula is a contributor to a number of blogsites and webzines, including Author Magazine and The Feisty Writer. She has been awarded artist residencies at Caldera, Red Cinder Artist Colony, the Vermont Studio Center, and Centrum. Paula resides in San Diego, California.

You can find Paula here:

Posted by Shelley Workinger at 7:02 AM