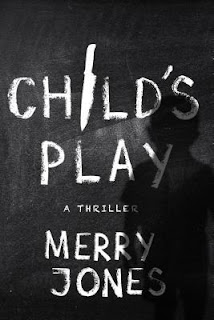 Don’t get it wrong: Child's Play is not a children’s book. Nor is it a book about games and toys, or the importance of either.

No, Child's Play is a dark and shadowy thriller that begins in an elementary school. And however slightly, food plays a part in the story.

Since the main character, Elle Harrison, is a second grade teacher, the first and foremost food item on the book’s menu is peanut butter sandwiches. Even though in reality, some classrooms forbid peanut butter due to student allergies, Logan Elementary is a fictional school. Peanut butter is the number one favorite sandwich of the kids who go there.

They also like ice cream. Ice cream man Duncan Girard parks his truck at the edge of the school yard. Kids line up there every day, eager for treats.

Beyond ice cream and peanut butter, food plays an important part in depicting the characters in the book. For example, protagonist Elle. She is recently widowed, her house for sale. For her, food is a reminder of meals shared with her husband. Cooking and eating have become excruciatingly lonely. So she doesn’t cook, doesn’t even keep food in her house. When her friends come over, one complains that she has only stale crackers and a half empty jar of peanut butter in her pantry, only a hard block of cheese, mustard and mayo in the refrigerator.

Even if there’s not much food in Elle’s house, she has an abundant supply of wine. Pinot, Cabernet and, her favorite, Shiraz. Wine, she finds, eases her loneliness and softens her moods.

Unlike Elle who is indifferent to food, her friend Jen is continuously ravenous. She’s someone who never stops eating and never gains an ounce. Food is always on her mind, and usually in her mouth. If all she can find is a stale cracker and some peanut butter, then that’s what she’ll eat. Jen is married to a man with similar hunger, but his is aimed at accumulating wealth rather than calories. Jen enjoys the fruits of his efforts, but possibly not as much as she enjoys actual fruit.

Another of Elle’s friends, Susan, is the opposite of Elle when it comes to food. She is a cook, a nurturer, a mother. When Elle is upset about a colleague’s murder, Susan offers to bake banana bread. What could be more comforting than warm fresh-from-the-oven banana bread? When her friends get together, Susan always whips up a meal from whatever odds and ends she has on hand—like a last minute yummy frittata of eggs, onions, red pepper, tomato, mushrooms and cheeses. Even when she and her friends end up eating at Elle’s, Susan is in charge of food. After a traumatic day in the emergency room with Elle and Jen, Susan makes sure they are well fed on Chinese: General Tso’s chicken, Moo Shoo pork, shrimp and broccoli, and hot and sour soup.

In Child's Play, the relationships characters have with food reflect who they are and how they live. One character uses coffee as a friend, a crutch, an energy boost. Elle uses wine much the same way. Food shared makes a community, enhances the bonds of friendship. Food taken in solitude can reveal an insatiable neediness in Jen’s character, a reminder of loneliness in Elle’s.

Having said that, sometimes it’s not the characters relationships to food, but the food itself that offers meaning. For example, when against all advice, Elle goes to a deli with a convicted killer who’s suspected of serial murders, readers are clued in that he might not be such a bad guy. Why? Because he orders an ice cream soda.
I suppose, in reality, serial killers might drink ice cream sodas. But in my book, ice cream sodas are synonymous with honesty, decency and kindness. They scream innocence.

If he’d been guilty, the guy would never have ordered an ice cream soda. He’d have had to go with the Devil’s food cake.


Thanks for stopping by to share your food for thought, Merry! 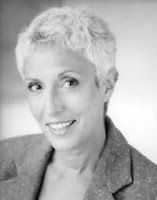 You can find Merry here:

Books on Amazon
Posted by Shelley Workinger at 6:06 PM