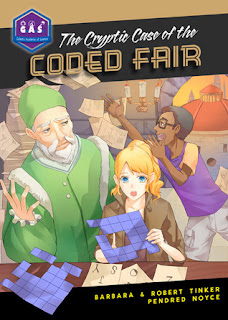 REFRESHMENT IN THE HOUSE OF WISDOM

In the House of Wisdom, the scholar and mathematician al-Kindi offers Ella and Shomari refreshment. The year is 841 CE, and the city is Baghdad, center of culture and government for the caliphate. The two time-traveling middle-schoolers are visiting to learn from the master about how to decode a secret message. Food puts them at ease.

The teenagers drink cardamom coffee and fruit juice. They nibble on apricots, nuts and dates from Persia as al-Kindi discusses his theories on the origin of the universe, the benefits of trade and the importance of religious tolerance. Finally, he shares his method to decode any substitution cipher. The food and conversation contrast with the menacing behavior of the guards who swarmed Ella and Shomari on their arrival.

In book six of Tumblehome Learning’s Galactic Academy of Science series, The Cryptic Case of the Coded Fair, four friends work together to outwit the evil Dr. G, who is scheming to undermine the international science fair with cheating and “alternate facts.” The kids meet after school at each other’s houses to plan their approach to breaking the secret code Dr. G uses to send orders to his corrupt judges. Then one pair travels through time to gather information from cryptographers of the past – from Julius Caesar to Thomas Jefferson to Whitfield Diffie – while the other pair stays home to work on computer programs.

Food reflects culture and personality, and every G.A.S. book is multicultural as well as historical and scientific. In Coded Fair, the snacks served at the different kids’ houses tells us something about their culture and their parents. Shomari’s father serves the kids healthy cider and vegetables with vegetable dip, but his mother sneaks in later to offer them cupcakes. Anita’s mother serves sopapillas, but then on the spur of the moment invites everybody to stay and eat chicken casada with Anita’s large and fluid Dominican family.

Now if only we knew more about what Julius Caesar ate, or in the Italian Renaissance of the grumpy mathematician Gerolamo Cardano. Unfortunately, neither of those hosts was welcoming enough to offer food to his visitors. But on the way, we got interested enough in the history of food to explore it a lot further in book nine, The Contaminated Case of the Cooking Contest, which is all about food poisoning on a cruise ship.

Food. We should really put a lot more of it in children’s books!


Thanks for stopping by to share your food for thought, Penny! 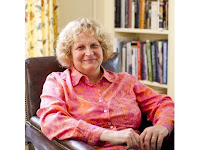 You can find Penny here:

Posted by Shelley Workinger at 9:18 PM