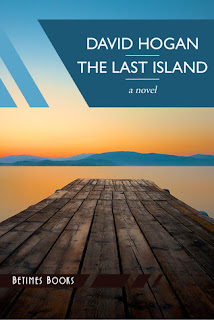 Modern Greeks start discussing dinner after the first bite of lunch and start discussing the next day’s lunch at dinner. For the unwitting visitor or in-law, like myself, there is a single escape from this circle of culinary obsession: breakfast. In the morning, you’ll find yourself on your own, consuming some undiscussed but tasty yogurt, granola or figs.

This preoccupation with food separates modern Greeks from their ancient counterparts -- by very little. The works of classical Greece are teeming with meals, menus, and recipes. Here’s Antiphanes (408-334 B.C.) on how to prepare some choice dishes:


What if you haven’t acquired the ingredients? What if you have to boldly venture to the agora in order to acquire them? In that case, Lynkeus of Samos (early 300s B.C) is your man; he tells you all you need to know in his aptly titled masterpiece, Shopping for Fish. (Spoiler alert: scorn the desired fish and fishmonger so contemptuously that you frighten off all the other buyers and then start bargaining.)

Fortunately for the Boston fireman who relocates to the poor and remote Greek Island in The Last Island, the people he encounters are overwhelmingly kind and generous, and he has no need to insult fish or fishermen. He’s offered syrupy cookies by a widow on the day he arrives and soon after learns how to ‘sun the octopus.’ With his stomach full, it’s his heart and conscience that need repair. That’s when he meets, Kerryn, an animal rights activist, who believes dolphins possess consciousness, intelligence and souls. But as his relationship with Kerryn deepens, her passion and convictions lead her to make a fatal decision that changes the island and both their lives forever.

The island will indeed change, as Greece itself is now changing. What will remain is the food, the delicious and simple meals of fish, vegetables, olive oil and wine that Homer, Aristotle, Antiphanes, and Lynkeus enjoyed, and which a lonely Boston fireman and you and I can still enjoy, and which for thousands of years have filled body and soul. 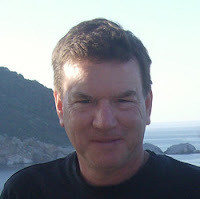 David Hogan is the award-winning author of screen and stage plays as well as a novel.  His stage plays include the NPI award-winning Capital, Samoan America, and No Sit – No Stand – No Lie, which opened the ‘Resilience of the Spirit’ Human Rights Festival.  His screenplays include The Tractor King, Free Radical (with Frank D’Angeli) and Stranded (with Frank D’Angeli).


His debut novel, The Last Island, published by Betimes Books, was a Finalist in the 2014 San Diego Book Awards, an Amazon Contemporary & Literary Bestseller in the U.K. and reached #1 in Fiction at Amazon Australia.  Click here to order.
Posted by Shelley Workinger at 9:18 PM