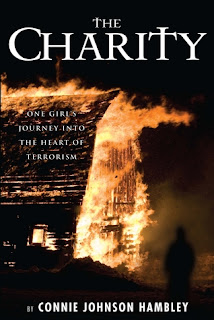 Food and the Art of Cooking Up Characters


All Irish are born with a love of a cuppa. Right? The deep rosy tones of Irish Breakfast tea are supposed to give respite in a hectic day and provide a moment of clarity where all ills can be cured and all problems solved.

The “Irish Love Tea” is a broadly held stereotype many readers hold. Turning an assumption upside down allows me to surprise a reader and have some fun in the process.

My recently completed trilogy’s main character is Jessica Wyeth, a world-class equestrian with Irish roots. She was raised in the States, so her attitudes are distinctly American. She is strong, assertive, and independent. Oh, and she craves a great cup of coffee.

I’ll confess to playing on stereotypes, too with that old “Irish Love Pubs” assumption that flirts with cliché. Instead of drunken sots weeping into their whiskeys, I placed characters having crucial political conversations in back rooms or families enjoying a night of lively music together. Mining that cliché for details and facts and bringing depth to my scenes helped me avoid two-dimensional characters but, in the process of researching facts and settings, something surprising happened.

My story had layers I didn’t anticipate, but once I saw them, I knew I had to bring them to life.

I didn’t start out thinking I was going to write a trilogy, but each book had one little fuse that, when lit, exploded into another story. The Jessica Trilogy unfolds the story of a woman who uncovers the money behind a Boston-based cell of the Irish Republican Army. Each book encapsulates one distinct stage of her discovery. The Charity shows what happened, The Troubles explores why it happened, and The Wake answers how the characters move forward in a world turned upside down.

The Charity started as a love story, but the worlds surrounding my characters complicated their relationship . . . and that’s an understatement. I live in Boston, where generations of wealth impact politics and society in seen and unseen ways. Money and power drive good people to do bad things and I wanted to create a story where you questioned which characters are good guys and which ones might lure you with a cuppa then slice you with a dagger.

How readers view a conversation held over a cup of tea or one held in the back room of a pub colors their perception of the characters. Food, and the settings in which it is consumed, help me weave a web of deception. 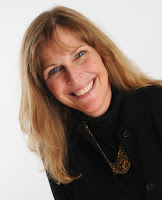 
CONNIE JOHNSON HAMBLEY grew up on a New York dairy farm and all would have been idyllic if an arsonist hadn’t torched her family’s barn. Bucolic bubble burst, she began to steadfastly plot her revenge against all bad guys, real and imagined. After receiving her law degree, she moved to Boston and wrote for Bloomberg BusinessWeek, Nature and other wonky outlets as she honed her skills of reaching readers at a deep emotional level with great research, laser-sharp focus on detail, and persuasive writing. Her high-concept thrillers feature remarkable women entangled in modern-day crimes and walk the reader on the razor’s edge between good and evil. Connie delights in creating worlds where the good guys win–eventually. Her short stories, Giving Voice and Black Ice won acceptance in Best New England Crime Stories: Windward (2016) and Snowbound (2017), respectively, published by Level Best Books. The third book in The Jessica Trilogy, The Wake, joins The Charity and The Troubles. Connie is a two-time winner of Best English Fiction literary award at the EQUUS International Film Festival in New York City. She is Vice President and Featured Speaker of the New England chapter of Sisters in Crime.

The Charity: Witness to a gang-style slaying, a young woman is hunted to stop her from exposing the money and the people behind a Boston-based terrorist cell.

The Troubles: Deceived by her family, a rebellious woman seeks to unearth how Northern Ireland’s Troubles are buried in her mother’s secret past.

The Wake: A shattered heiress’ family secret is exploited by her spurned lover to blackmail her into engaging in international terrorism.

Posted by Shelley Workinger at 6:59 AM