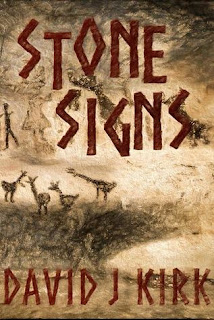 In the 3070s the world is certainly a much different place. Centuries before a global natural disaster had reduced the population to nearly 10% of its former number. This led to two-thirds of the United States being left uninhabited.

In this setting main character Dan Kelley, a young history professor, unintentionally discovers prehistoric cave symbols carved into the back of a uniquely crafted paving stone. The stone was created by a mysterious mason who years earlier buried similar stones mapping a peculiar course across the unpopulated prairie. Following these clues Dan was able to retrace his parents path and uncover details of their disappearance, which had left him orphaned at age four.

Does this new discovery offer any insight into his parents’ demise? What do these symbols mean? Does the stone map lead to their interpretation? What is the message?

To follow this buried stone path, Dan and his colleagues must venture out into the uninhabited prairie. In order to sustain themselves, they must hunt, gather and prepare their food out on the trail. The expedition members hunt for meat, gather roots and gather fruit to cook all on an open wood fire. They even discover stone ovens, left by indigenous peoples, to roast whole turkeys. It was your basic campfire cooking.

The role of food in Stone Signs is not what they ate, but the manner in which they did. The evening meal was not only a bonding experience, but a time to make decisions for the next day such as route of travel and possible hazards they would encounter, all leading to the exciting conclusion. Therefore, I frequently described their meals and mealtime conversations in detail in the story. Gathering, preparing and eating were communal and social activities. One might describe them as tribal. The expedition was dealing with ice age symbols and their meaning. This activity supported the metaphor of stepping back in time, to solve an ancient mystery by living and thinking like an ancient. 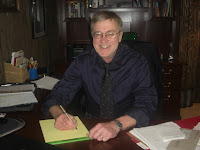 Posted by Shelley Workinger at 1:49 PM