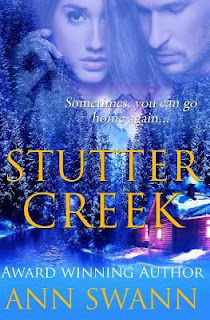 She went looking for an old flame and found a serial killer instead.

When Beth lost her father to cancer and her husband to another woman, she didn’t know where to turn. So she pulled herself together and headed for their old family cabin in the mountains of New Mexico for some comfort and some comfort food at the historic Drugstore Café.

Like a lot of us when we are hurting, we automatically attempt to retreat to a happier time in our past. For Beth the happiest times were the summers she’d spent at the cabin with her dad, a single parent. She distinctly remembered helping him in the tiny kitchen, chopping vegetables while he cooked. They’d had a very special relationship.

And then she’d met eighteen-year-old John, her very first crush. She’d thought he would always be there, every summer, but then he had joined the military and disappeared. No way he could be back on the mountain, could he? That had been years earlier.

She couldn’t wait to find out. Unfortunately, on the way to the cabin—looking forward to a comforting late-night snack of pan-fried toast with a smear of peanut butter and a dab of grape jelly—Beth accidentally crossed paths with a serial killer. Suddenly her trip to the past took a dark turn endangering not only her safety but also the safety of a young boy and a teenage girl. Would they survive, or would her search for comfort lead to the destruction of them all?

Thanks for stopping by to share your food for thought, Ann!

You can find Ann here:


Ann Swann is the author of numerous romantic suspense novels (and ghost stories) published by 5 Prince Publishing. She has also written several award winning short stories.  Ann lives in West Texas with her husband and their rescue pets.  She loves libraries and book stores and owns two different e-readers just for fun.  Her to-be-read list has grown so large it has taken on a life of its own.  She calls it Herman.
Posted by Shelley Workinger at 9:04 PM