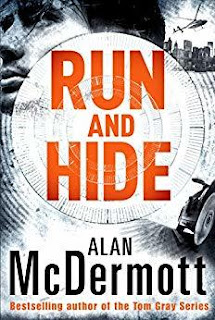 Food was never the first item on the menu when I sat down to write a novel.  Action, yes, intrigue, definitely, but characters taking time out to enjoy a steak at a posh restaurant never really crossed my mind.  The people I wrote about were more comfortable facing enemy fire than perusing the menu of an Italian eatery.  In my first novel, Gray Justice, the closest anyone got to a decent meal was when six members of the SAS got together on a canal barge and sheared sausages, bacon and eggs!  Oh, and there were the endless tins of Spam.  Never forget the Spam!

That changed in my seventh title, Trojan.  It’s a spin-off from my Tom Gray series and features MI5 operatives Andrew Harvey and his girlfriend Sarah Thompson. When not saving the country from terrorists, they like to out-do each other in the kitchen.  Harvey kicks things off with a delicious seafood dish, and Sarah responds with lamb three ways.  I didn’t go into much detail on the preparation (though I do believe one of the ways was a lamb ballotine) because I try not to bog down my work when there’s action and adventure to be had!

My most recent works introduce a new character Eva Driscoll.  She’s a CIA assassin forced rogue to investigate her brother’s murder, and as in the Gray series, she hasn’t got much time for eating.  She does manage to throw a burger and plate of fries down her neck at one point in Run and Hide, but the rest is sandwiches whenever the bullets aren’t flying.  In the sequel, Seek and Destroy, she does get one last hot meal before the big finale, but thankfully she makes up for it in the third book (tentatively titled Crash and Burn).  Steak dinners, lobster, Chinese noodles all come into play as she takes on her nemesis at the ESO and tries to shut down another deadly organisation.

In short, if you want action-packed, fast-paced thrillers, pick up one of my books.  Just be aware that you’ll have to bring your own sandwiches!

Thanks for stopping by to share your food for thought, Alan! 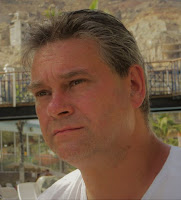 You can find Alan here:

Posted by Shelley Workinger at 12:04 AM