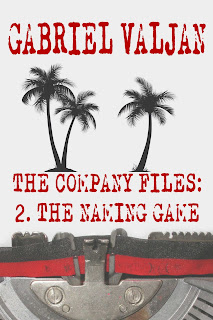 In The Naming Game, I introduce readers to a bygone era of Hollywood history and intrigue, which includes the seductive glamour of fine dining and drinking in Los Angeles of yesteryear. I mention Musso & Frank, where Chandler, Faulkner, Fitzgerald, and West sat, drank, and scribbled. While I don’t have readers sample from the French-forward menu that Musso & Frank still uses, I did mention the Windsor, the restaurant Ben Dimsdale owned for four decades before he reinvented it as an Asian fusion eatery.

At the nearby Cocoanut Grove club at the Ambassador, two of my characters meet for drinks. She has an Old Fashioned, while he enjoys a lesser-known libation called The Stinger, which is brandy with crème de menthe, a concoction that she thinks is the “upper-crust choice of either flyboys or college men.” Seduction and strategy afoot, the two leave the nightspot for dinner at the Mountain Palace (now Yamashiro) in the Hollywood Hills. The meal they enjoy is one I researched and was on their menu in 1951. I also describe how the restaurant had been built as a replica of a shogun’s villa.

No story about Fifties LA would be complete without a tip of the fedora to its underworld and the clubs that gangsters like Mickey Cohen frequented and infiltrated. The Trocodero was show-and-tell for the stars. They went there to see and be seen. Writers hung out at jazz clubs or more low-key places with their own kind, like Schwab’s on Sunset. I have a meeting between writers at Slapsy Maxie’s, which became Billy Gray’s Band Box, one of the earliest places for stand-up comedy on Wilshire in LA.

If two ladies in The Naming Game spent “forty-two dollars for filet de boeuf forestiere or, in English for the masses, larded tenderloin sauced in olive oil and served with a garnish of bacon and diced potatoes”, the boys got into the soup on the Strip at a property Charlie Chaplin used to own, and the restaurant was famous for its hobo steak and a signature dessert called the snowball, which was vanilla ice cream encrusted with shredded coconut.

When Terry and Walker aren’t sweating scripts to meet Jack Warner’s deadlines, they enjoy fast food from Bob’s Big Boy in Burbank. Cagney and Bogart make a cameo. Readers learn why Jack Warner fired Rin Tin Tin, and how much he loathed Harry Cohn at Columbia Studios. Cohn had set up a Mexican food stand on his lot to lure writers away from the WB Studio. Note: the infamous scene with the horse’s head in The Godfather was allegedly based on retaliation against Harry Cohn’s for refusing to cast Frank Sinatra in From Here To Eternity. John Marley who played Jack Woltz had not been informed that a real animal and blood would be used, so his screams were real.

Although the majority of the story takes place in LA, part of the action happens on the East Coast, like Jack Marshall, Walker’s boss, calling the shots. Readers will have a power-lunch with Jack at Ebbits, a landmark DC grill, where there was “plenty of cigar smoke, and plenty of sorrows tipped back along with the famous oysters.” The establishment has hosted Presidents, lesser politicians, and the theater crowd for a century, and is rumored to have been a watering hole for CIA and FBI agents back in the day. Ebbits is still open to customers.

Whether it’s Hollywood or DC, life and death, success or failure hinge on saying a name. The right name. I hope you enjoy the story, the locales, and history in The Naming Game.

Thanks for stopping by to share your food for thought, Gabriel! 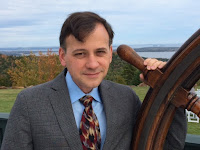 You can find Gabriel here: