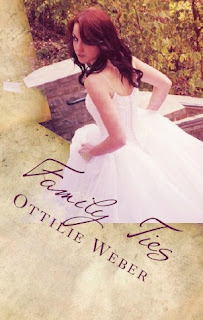 The scent of sweet and cinnamon drift from a country club kitchen. Abby is working at a country club as a waitress with her friend Cory. Dealing with people is not Abby’s strong suit as she is usually equipped with her sarcasm and ready to ‘just tell people how it is’ attitude. However, when Lucy, a chef at the restaurant, makes her specialty cinnamon rolls, Abby can almost tolerate her job.

After years of her family’s history instead of fairy tales like every other child Abby thinks she is far too old to think about those stories. One night she is trying to leave work, her friend Cory drags his feet so she decides to leave without him. On the way home though she is kidnapped and brought to another country. Cory is left feeling with the guilt of not simply walking his friend to their neighborhood. Abby is now being held against her will in a mansion.

The rose-colored glasses don’t last long with her capturer. She soon learns that he is after an unfinished deal with her family and his all those years ago. As she is plotting her escape, she learns that her dad had the story wrong about her great-great grandmother Emma.

Cozy up with a warm cinnamon roll to read about a person who isn’t as sweet as one. Family Ties is a young adult novel that is told by three different point of views, Abby’s, Cory’s, and Emma’s. After all, a story doesn’t have one side.


Thanks for stopping by to share your food for thought, Ottilie!

You can find Ottilie here:

Books on Amazon
Posted by Shelley Workinger at 1:15 PM