FOODFIC: Please Welcome James Shipman, Author of It Is Well 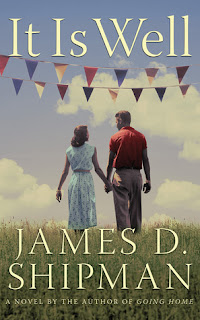 It Is Well, a historical novel by James D. Shipman, is set in Snohomish, Washington during World War II, as well as on Wake Island and in the European Theater.

What were Americans eating on the home front during World War II? The diet of US citizens was substantially limited based on rationing on most grocery items. Pictured below is the ration book of my grandmother, Katherine Davis. There were limitations on all staples including sugar, flour, meat and coffee. Americans were encouraged to grow “Victory Gardens,” and the majority of vegetables consumed by citizens during the War came from these home-grown gardens.

Snohomish was a small town during the war, with a population below 10,000. The surrounding area was dotted with farms. The food in this rural community north of Seattle was simple and wholesome: baked or boiled beef with potatoes, cooked vegetables and bread. Rationing permitting, pie would have supplied the typical desert. Although a modern person might have found the fare bland and repetitive, the local citizens did not suffer near the limitations felt by the English, and certainly not the mass hunger and starvation felt by those living under Nazi occupation.

About half of It Is Well takes place in the US military. American soldiers in the field lived off a new invention, “K-Rations.” The K Ration was a packaged, 28-ounce, 2,830 calorie meal originally designed by Ancel Keys from the University of Minnesota. The K Ration would contain biscuits, canned meat, a ration bar, and lemon powder. The soldiers also carried D rations, which were bars meant to be eaten under heavy duty combat situations or in an emergency. The D Ration bar was a chocolate bar with a high calorie content. The bar was intentionally made with a bitter taste so it would be consumed only by necessity. It was designed to taste “a little better than a boiled potato.” 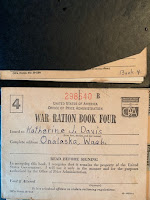 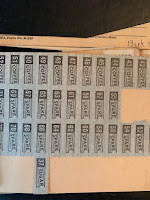 One of the main characters in the book, Matthew, is a prisoner of war of the Japanese during most of the war on Wake Island. Japanese POW’s would have lived on a watery rice gruel and vegetables. The Japanese were already conditioned to live on much less than an American soldier, and the prisoners on the island received less than the soldiers. To make matters worse, the Japanese were not always able to resupply the atoll, based on combat conditions and other necessities, so the prisoners suffered terribly. The Americans on the island lost considerable weight during their captivity, both from the limited nutrition and the back-breaking labor forced on them by their captors.

That’s a look at what the characters from It Is Well were eating during World War II. Thanks for reading and after you’re done, it’s probably a good time to go out and grab a great meal, and be thankful you’re not cracking open a K-ration!

Thanks for stopping by to share your food for thought, James!

You can find James here:

Posted by Shelley Workinger at 2:52 PM