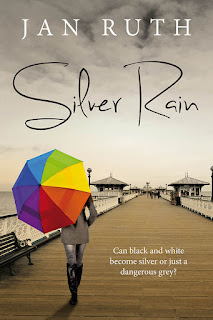 Despite his hit and miss work life (house-husband, head-childminder, author, children’s entertainer) Al is no slouch when it comes to the kitchen. And it may seem that initially, Al really needs some redeeming qualities. I like writing about characters who are not conventional, especially where there is a romantic element as the traditional themes have been done to death. My main protagonists in this off-beat love story are both aged fifty. Al knows he is adopted, but despite the freedom of a country childhood and a ready-made brother in George, the feeling that’s he’s from a different background never quite leaves him and questions about his famous birth mother hover in the background until, aided by Kate, he finally manages to confront some of them.

Kate, once married to Fran’s deceased brother, is shocked to discover that Al has been banished from the family for a number of years, the reasons for which remain a dark secret and George remains tight-lipped. In fact, George is mightily disgruntled that since his divorce, Al is determined to bury the hatchet and move back to the family farm. Chathill Farm is a dilapidated small-holding, and the centre of Fran’s universe. Fran doesn’t cook and her housekeeping skills are notoriously rustic, and it’s further fuel to her husband's disgruntled fire that all the inmates are named after edibles – Butter, and Marg, the dogs; Bacon, the pig, and Stilton, the horse. Despairing, and hungry, George is forced to find culinary solace at a local hotel and since we’re in Wales, fare such as local lamb and bara-brith are staples of the menu.

Family drama is always rife at Christmas time and although Kate seems burdened with the main event in the kitchen, it’s Al who adds the more interesting ingredients – both figuratively and metaphorically – such as almonds and smoked bacon to the sprouts, and makes real custard from scratch… (I’m thinking the kitchen might be the only place Al is ever serious). But it’s the Christmas trifle which really takes centre stage, when Al’s ex-wife unexpectedly arrives on Boxing Day to gatecrash proceedings:

Lifting the tablecloth, Al wondered about getting underneath. He could see his brother, shifting his weight from one leg to the other, and he could see Helen’s knickers as she sat with her legs slightly apart, totally sloshed. It was tempting to drop down there and curl up in a ball, but what would that solve? No, the only possible option he had at that precise moment was one of surprise. Without rocking the table too violently, he managed to crawl underneath and surfaced next to Helen’s chair.

She seemed poised to begin some sort of rant, her finger ready to point and accuse. Thrown by his sudden, close proximity her nostrils flared and she inhaled deeply, steeling herself for battle. She was about to open her mouth and there was a brief connection when he looked, apologetically, into her eyes; the eyes of the woman he’d always love, as the mother of his children.

Then he pushed her, face down into the trifle.


Thanks for stopping by to share your food for thought, Jan! 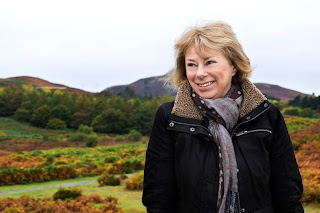 You can find Jan here:

Jan Ruth lives in Snowdonia, a mountainous area of North Wales, UK. Jan writes contemporary fiction about the darker side of the family dynamic, often blending life in rural Wales with a touch of city business. Her style is best described as fast-paced and realistic, with a sprinkling of dry humour.
Posted by Shelley Workinger at 7:56 PM