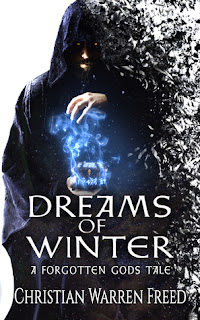 Feels like we’ve been on this planet forever. Campaigns stretch on. Friends fall with each battle, but we endure. What other choice do we have? Command says this planet has to stand or we risk losing half the galaxy. We’ve been at the sharp end of the stick since the civil war began. No one rightly knows how or why. All we’ve been told is the Inquisitor General staged a coup, had the Cardinal Seniorus killed, and General Strannan is in exile.

None of that matters to us grunts. The men and women we’re busy fighting were our friends just a few short months ago. Seven hundred occupied planets and we’re busy tearing each other apart. I guess the universe just isn’t big enough for dueling egos. At least they feed us. Granted, it’s army food and not very appetizing, but there’s no better feeling than going to sleep on a full belly.

Each Guardsman is given three days' worth of rations. Mostly dehydrated meats and fruits or highly processed foods designed to last to the end of time. Be careful with some of it, you might just crack a tooth. But if it gets you off the front lines who can argue?

Rumor has it one of the Three is fueling the rage here. None of us wants to meet him. The old gods destroyed themselves long ago. The thought of facing one on this campaign is enough to make you empty your stomach. Huh, won’t the cooks be angry about that! Speaking of which, I can smell fresh food being cooked across the bivouac site. Looks like hot chow tonight. I figure it’s the least they can do for us. We have 27,000 Guard on planet and are facing a force twice our size. Unless help comes soon it won’t really matter what’s for dinner.

Dreams of Winter was born on a random idea one winter afternoon while I was stationed at West Point in 2009. A few weeks later the first few chapters sprung to life in my room at the Four Seasons in Philadelphia. Now five volumes long, the Forgotten Gods Tales is my most ambitious project. It follows a handful of reluctant heroes as they uncover a plot to overthrow a ruling body that has been in place for three thousand years. Filled with magic, space pirates (because, of course), an Inquisition, and a handful of the old gods, Dreams of Winter is mostly about ordinary men and women just trying to survive. Partly derived from my own military experience and time downrange in Iraq, Korea, and Afghanistan, this series is a reflection of the people who fight and their reasons for doing so.

Thanks for stopping by to share your food for thought, Christian! 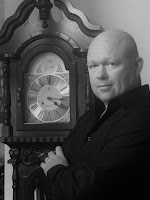 You can find Christian here:

Posted by Shelley Workinger at 10:19 PM