FOODFIC: Please Welcome John Ironmonger, Author of The Many Lives of Heloise Starchild 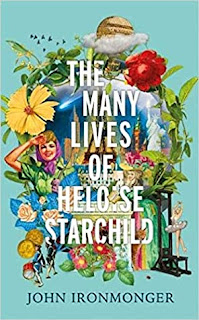 I was in a car in Paris, with my wife and some friends, when we stopped at traffic lights to let pedestrians cross. It was one of those deliciously rare moments when everyone spots the same hilarious thing at the same moment, and you laugh so hard it hurts to breathe. In this case it was a baguette. A man crossing in front of us was carrying an enormously long, slightly bendy, baguette in a carrier bag on the side that was hidden from us. All we could see was the top half of this baguette emerging from just below his waist, pointing skywards, wobbling as he walked.

OK. You probably had to be there. But here’s the thing. The French are easy to stereotype aren’t they? They eat baguettes. And snails. In The Many Lives of Heloise Starchild, around a third of the novel is set in France during the revolution. The heroine of this story, Marianne, is a pauper and she does indeed eat baguettes and snails; when she can get them. Heloise, a wealthy aristocrat (Marianne’s mother) eats better. One passage reveals, ‘maids bearing silver trays with oysters and raspberries and soft cheeses and cold meats. The house would smell of warm baked bread.’ She drinks a lot of wine.

The novel follows several generations of woman who share the same memories, so undoubtedly there is a lot of food eaten. We stay for another third of the novel with Katya – born in Czechoslovakia in 1952. She is a farm girl. The novel tells us that she eats kolaches made with apricots, and with cheese from her goats. Kolaches are Czech pastries. They’re yeasty, and delicious. You can find a good recipe here: Kolache Recipe - Make Traditional Czech Kolaches at Home (toriavey.com) Apart from kolaches, Katya eats a plenty of dairy products. She lives on a dairy farm. They make parenica cheese on her farm, which is a smoked soft cheese produced in long spirals. And bread, of course. She drinks a lot of coffee. And wine.

Finally we join Halley – born in 2020. What was she eating? Not healthily, I don’t think. Too many burgers. Not enough greens. She drinks a lot of wine too. It must run in the family.

Thanks for stopping by to share your food for thought, John! 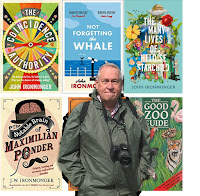 You can find John here:

Posted by Shelley Workinger at 9:59 AM