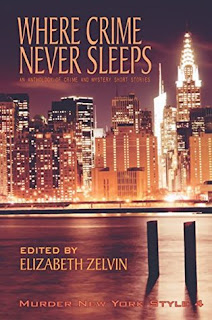 When I think of a trip to the zoo, I think of ice cream. I think of popcorn. I think of hot dogs, and hamburgers, and hot pretzels. I also think of the peanut butter and jelly sandwich I might pack for myself to avoid eating overpriced and unhealthy food.

I think of “Do Not Feed the Animals” signs, which always make me wonder, Aren’t I also an animal? Don’t I need to be fed? And nothing makes me hungrier than strolling around a zoo on a warm spring or summer day, with the sun beating down, trying to see as many exotic animals as I can. There’s usually a moment, long after my water bottle has been drained, when I realize my PB&J won’t be enough. And then I cave into my cravings and get that buttery popcorn that has been calling to me, and maybe, just maybe, follow it up with some soft serve ice cream.

In my short story, “An Act Prepares,” a high school drama teacher takes a group of teenage acting students to the Bronx Zoo, a place where I’ve indulged in many an ice cream cone.

On the bus trip down, the teens eat candy. What is it with kids and candy? How was it that in my youth I could put away a bag of Skittles or M&Ms without the least bit of guilt, or immediate impact to my well-being? Doing so these days, I imagine that both I, and my drama-teacher narrator, Ms. Slutzkaya (pronounced Sloozkaya), would feel just a teensy bit ill.

Toward the end of my story, my characters find themselves waiting in the Dancing Crane Cafe, which is located not far from the flamingos, and just a hop, skip and a jump away from Congo Gorilla Forest and the Butterfly Garden, two other locations featured in the story. While a recent murder might have killed their appetites, maybe a few of my characters would choose to eat something. Items on the menu of the Dancing Crane include chicken tenders (and fries), double cheeseburger (and fries), and two hotdogs (and fries).

Ms. Slutzkaya would have opted for the veggie panini. Ok, maybe a double cheese burger. After all, it had been a long day.

Thanks for stopping by to share your food for thought, Nina!

You can find Nina here:

Nina Mansfield is a Connecticut based playwright, fiction writer and educator. Her short mystery fiction has appeared in a variety of publications including Ellery Queen Mystery Magazine, Mysterical-E,, and anthologized. Her most recent short story, “Windy Willows,” was published in Justice for All, Murder New York Style 5 (Level Best Books, 2021), the anthology of the NY/Tri-State Sisters in Crime. Nina’s plays have received over 100 production throughout the United States, and internationally, and are published Smith & Kraus, YouthPLAYS, Original Works Publishing and One Act Play Depot. Antigone: 3021, her full-length adaptation of the Sophocles classic, was published by Stage Partners last year, and is scheduled for multiple productions around the globe. Nina is a member of The Dramatists Guild, Mystery Writers of America and The Society for Children’s Book Writers and Illustrators. She is a co-vice president of the NY/Tri-State Sisters in Crime.

“An Actor Prepares” was published in Where Crime Never Sleeps, Murder New York Style 4 (Level Best Books, 2017), the anthology of the NY/Tri-State Sisters in Crime, edited by Elizabeth Zelvin.
Posted by Shelley Workinger at 9:43 PM