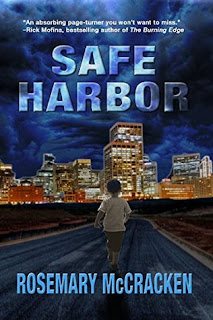 One of the highlights of my journalism career was a stint as a restaurant reviewer for the Calgary Herald. Reviewing restaurants wasn’t my full-time job at the newspaper. I still had my regular duties reporting on events in Calgary, a city in western Canada, but once a week, I’d eat dinner with a friend at one of the better restaurants in the city or its outlying areas. Then I’d write it up for the next weekend’s newspaper.

I wasn’t a gastronome by any means, but the Herald prided itself on being a family newspaper, and wanted reviews to reflect the experience of ordinary diners. I got to eat some great meals, and I began to see restaurants as an integral part of a city’s culture.

Flash forward two decades. I am now living in Toronto, Canada’s largest and most culturally diverse city. I am now writing fiction, and—surprise, surprise—I set key scenes of my novels and short stories in restaurants. Dining out is what Torontonians love to do, so when COVID-19 shut down restaurants for several months in 2020 and 2021, we were bereft.

All four novels in my Pat Tierney mystery series involve eating out, but more so in Safe Harbor and Uncharted Waters—the first and the fourth books in the series—because these two mysteries are set in Toronto. More than 50 per cent of Toronto’s residents belong to visible minorities, and the city is famous for its ethnic eateries. Restaurant settings allow me to showcase Toronto’s diversity. Food from all over the world is being served in Toronto restaurants and bistros and market food stalls, and Pat Tierney, my financial planner protagonist, makes a point of sampling as much of it as she can. With her clients, with her friends and with her family.

Pat heads to Milos, the Italian eatery in her neighborhood, when she needs a break from cooking for her family. She visits Baraka, a Hungarian restaurant in the theater district, for goulash and schnitzel; Volos, a Greek restaurant near the opera house, for calamari, saganaki and rosemary lamb; Yitz’s, a mid-town delicatessen, for melt-in-your-mouth smoked meat and vinegar slaw; and Cedars, a Lebanese restaurant near her office in the Annex neighborhood, for hummus, tabbouleh and roasted eggplant. And just across the street from Pat’s office, Giorgio’s diner serves up to-die-for butter tarts; key scenes in Uncharted Waters take place at Giorgio’s.

Some of these eateries are imaginary; others are based on actual Toronto restaurants and diners, but I’ve given them new names and locations.

Thanks for stopping by to share your food for thought, Rosemary! 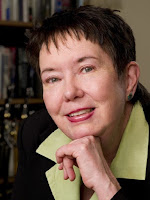 You can find Rosemary here:

Posted by Shelley Workinger at 8:26 PM