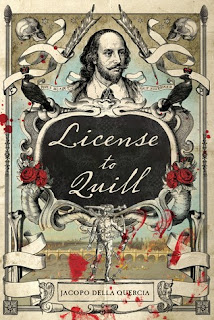 I've always been more interested in what James Bond eats instead of what he drinks. The latter is pretty scripted, after all: "shaken, not stirred." I'm more intrigued by what he orders for breakfast, lunch, and dinner while crisscrossing the world. (To my surprise, Ian Fleming wrote that Bond's favorite meal was breakfast.)

This interest compelled me to pay close attention to the foods featured in my second novel, License to Quill, a spy-thriller that follows William Shakespeare as a secret agent during the Gunpowder Plot. Since the story took place during the English Renaissance, I devoured every book and video I could find on food, drink, sweets, snacks, and even breath-fresheners in Shakespeare's London. Tavern fare was particularly important for me to know since so many clandestine meetings in the book were held in pubs.

However, I also wanted to depart from the Bond films and novels by featuring a more international menu appropriate for the book's many settings. In one chapter, for example, one of the book's major characters is treated to an elaborate Turkish breakfast at Venice's Fondaco dei Turchi. I had a delight researching that scene with the help of a next door neighbor who was a restaurant owner and Turkish. I am particularly indebted to him for making sure that I got my spelling right!

Thanks for stopping by to share your food for thought, Jacopo! 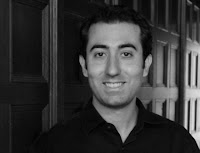 You can find Jacopo here:

Posted by Shelley Workinger at 3:05 PM