FOODFIC: Please Welcome Laurie Boris, Author of The Joke's On Me! 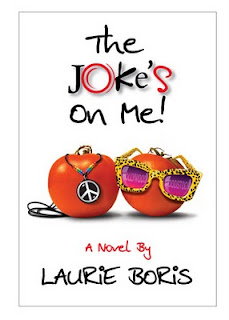 Get a Load of These Tomatoes!

I come from a long tradition of bubbes and balabustas, those Jewish grandmothers and housewives who take it as a personal insult when you refuse their food. Food is love, after all. Food is comfort. That’s what my protagonist in The Joke’s on Me, Frankie Goldberg, is first looking for when, after her life in Los Angeles falls apart, she gets in her cherry red Corvette convertible and drives home.

“Home” is Woodstock, New York, and her mother’s bed and breakfast. Guests returned year after year for Sylvia Goldberg’s fresh-baked rugelah, homemade jam, and thick slabs of French toast made with challah bread. But the joke’s on Frankie. Her sister, the serial divorcee, has moved in and taken over. The family B&B is becoming a holistic health spa, and unbeknownst to Frankie, she is about to become its chef.

She loves to cook, as do I, but unlike me she has worked professionally, as catering assistant to the stars—a little moonlighting while she is failing at her chosen career as a stand-up comedian.

But Frankie and her sister Jude, a couple of hot tomatoes together again after a long and awkward estrangement, spell a recipe for disaster.

Yes, there are a lot of tomato metaphors in this book, too, which was the reasoning behind the cover design. This is one loaded fruit, a veritable cornucopia for fiction writers. Frankie grows tomatoes in her garden and gives them away for good luck, although they used to be considered poisonous. But some cultures call them “love apples.” There’s also a pivotal scene involving marinara I won’t tell you about.

Overall, I loved peppering this novel with food. Not only because I love food and cooking, but since food represents so many things, it’s a great way to reveal character and advance the plot. Like when Frankie takes her recalcitrant teenage nephew to McDonald’s to get him to open up.  Or when she tries to put the moves on a former high school crush by making his mother’s signature dishes. Or when she seeks to win an argument over her stubborn sister with freshly baked biscotti as a bribe.

Something is always cooking in the Goldberg’s kitchen… 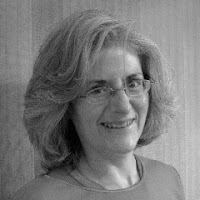 Thanks for stopping by and sharing some food for thought, Laurie!


You can find Laurie at: