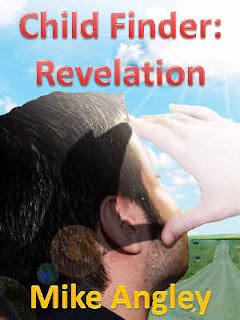 Have you ever bitten into a slice of blueberry pie and heard the taste?

How about sniffing a flower and seeing the aroma as a brilliant flash of light in a color you can’t describe?

People whose senses overlap and intertwine like this are called synesthetes, and the protagonist in my Child Finder trilogy has synesthesia in a big way. Air Force Special Agent S. O’Donnell is a synesthete, but he’s also a gifted psychic with an uncanny ability to find missing children. Very often, these two synergetic gifts work together to enhance his child rescue operations.

In Child Finder: Revelation (the conclusion to the trilogy, due for release Nov. 1, 2011), Agent O’Donnell will need to muster all the clues his synesthesia and mind-reading skills can offer. Here’s a short synopsis:

North Korean terrorists stage a brazen attack on the U.S. Ambassador to South Korea, nabbing his twin daughters in the assault. The eight-year-old girls are powerful psychics with amazing extrasensory gifts, which is why the North Koreans abducted them. Only one man can rescue the girls: Air Force Special Agent Patrick O’Donnell, the government’s top agent with psychic abilities of his own that will prove crucial in locating the Ambassador’s daughters deep inside North Korea. But there’s more…
There’s a mystery about the twins that has both the President of the United States and the Pope rattled. No one is telling O’Donnell what it is, but one thing is abundantly clear: he must rescue the girls and bring them back to America with an urgency he’s never experienced before.
Will Agent O’Donnell be successful in rescuing the Ambassador’s daughters? Will he be able to unravel the intrigue between the Oval Office and the Vatican? Perhaps O’Donnell will receive a revelation that will explain everything…maybe even something he wishes he never knew.

Here’s an excerpt from the novel that showcases O’Donnell’s synesthesia and psychic ability working in conjunction:

His scenes twisted and twirled together. He tried to see with his ears in this dream, or feel shape from the odor his nose sniffed, or even hear color and taste. Right at that moment, as he stood in Kim Jong-il’s dining room, the smells from that night at the Jordans’ dinner party hit his brain. The pungent, red pepper cabbage kimchi smacked his neurons at a high rate of speed, causing his brain to hear the hot pepper taste. It sounded sharp and loud to his tongue, not as rounded as it was during dinner at the Jordans’.

There’s plenty of Korean food in this story. I have traveled through the Far East, spending almost three years in Korea alone, so I know the food and the tastes and smells that come with it. Between sticky rice in sizzling stone bowls to fish head soup, kimchi cabbage and more red pepper than all of Mexico, food is a main element in this story. Combine that with a protagonist who experiences taste in 3D and you have a unique reading experience. The fact that it’s also a thriller completes the “recipe” for a fun and entertaining read that may even reveal a few secrets Uncle Sam doesn’t want you to know…after all, a senior Department of Defense official said it’s “the most dangerous book ever written!”


Thanks for stopping by again with more food for thought, Mike! 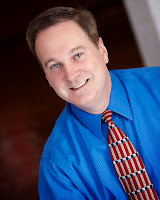 You can find Mike at: