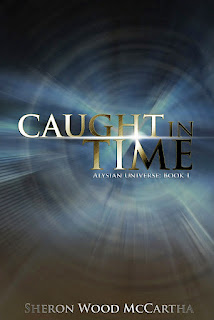 What if you were a time traveler and went back a thousand years into the past? How much of a concern would food be for you? What present-day foods would you miss the most? In my novel, Caught In Time, my main character, Rowyna, travels back into Alysia's Medieval past, and sure enough some of her earliest thoughts are about the food. Would they have chocolate?

When she had been told that she would go back into the past, she had considered the problems of language, culture and dress, but she hadn't counted on missing certain things so much taken for granted.  Comfortable transportation, cold refreshments, proper sanitary conditions, central heating, eatable food, and just being safe were a few things that came to mind. Now she wondered about something as simple as the food. How did they keep the food from spoiling in this primitive place? How about ice cream? What about chocolate? They can't not have chocolate! Rowyna's body took a lurch at the memory of her favorite vice.

Rowyna is invited to dine with the king and is expecting an intimate dinner, but instead arrives at a large banquet where the food is used as a barrier between them and a distraction from her purpose. The king puts her at the far end of the table and a myriad of guest between them. Then he demonstrates his wealth and power by the abundance of food that he offers everyone.

Dinner arrived diverting his attention. It was an elaborate affair that started with fresh sturgeon eggs from the Andalusian Ocean along with an assortment of crisp crackers. In addition, around the edge of colorful goblets dangled succulent shrimp from the Eastern Sea and inside each goblet was a piquant dipping sauce.
As each guest finished, servants slid a large dinner plate before them. Steaming platters of food, balanced on fingertips of servers, moved in a dance around the table, dipping from time to time to fill a guest's plate.
One large plate contained a Great Hen stuffed with rosemary and surrounded by an array of colorful honey-glazed fruits. Another contained tender slices of bovine stacked next to mounds of mashed potatoes oozing with butter that puddled at the center, each looking like an erupting volcano. Dishes of spicy carrots and onions, baskets of fragrant bread, bowls of cooked cabbage and other hot vegetables floated around, weaving in and out and landing on filling plates. Drinks and wine flowed freely. Soft tones plotting secret meetings mingled in with loud conversations of highborn guest that were trying to attract noble notice.

It turns out that chocolate is also the king's favorite food and the banquet is finished off with a large chocolate cake. King Arvast and Rowyna now have something in common, and she plots accordingly. Relieved about the quality of the available food, she can now turn her attention to romance, betrayal, survival and a coming war.

Oh yummy… Sometimes too tasty a description of food might make the reader hungry. The writer has to be careful not to make the reader put the book down and go off to find a snack…but right now a bite of chocolate or a piece of cheese sound much too tempting for me. I'll be back later. 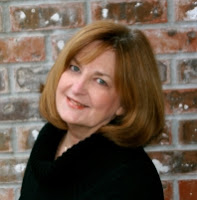 Thanks for stopping by to share some
food for thought, Sheri!

You can find Sheri at:

The sequel: A Dangerous Talent for Time is also available on Amazon.com in Paperback and Kindle, iPad and others, Barnes and Noble Nook, as well as Smashwords multiple format platform. Also look out for the upcoming 3rd installment: Cosmic Entanglement 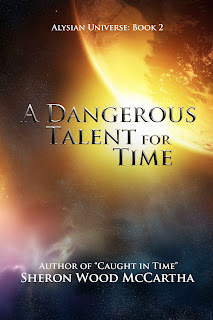 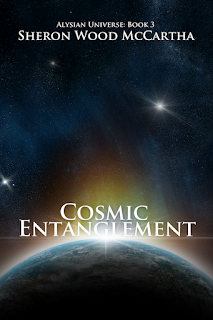 Posted by Shelley Workinger at 9:23 AM