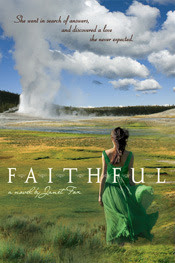 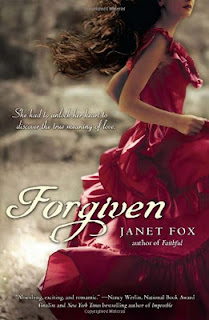 The ice cream cone. Such a universal, charming, easy sweet. It was born (according to some lore) at the Exposition in St. Louis, 1904, when an ice cream vendor ran out of cups and turned to a neighboring vendor for a rolled waffle, and...voila! The creation of an American original.

My first novel, Faithful, is set in the summer of 1904, so naturally I had to incorporate the cone in a scene of romantic discovery:

Yet I wanted to reach across the table – right then, reach my arm over both our ice creams – and lift that lock of hair off his forehead and see him smile for me. Only for me. I would have followed his sea eyes into the bear’s teeth.
He glanced up. “Good?” His index finger pointed at my ice cream, now dripping down my fingers while I mooned.

Now, really. Who has not experienced romance over ice cream?

Historical fiction demands historical foods. In Faithful I also incorporated a dinner of planked whitefish (which I found on an ordinary menu from the Mammoth Hot Springs Hotel of the early 1900s). This was not a special menu item, but one served to any of the tourists who dined at the Hotel in those times. I hoped to make a statement: that my heroine Maggie Bennet, brought to a lower rank by circumstance, could eat like everyman, and that was just fine.

In my second novel, Forgiven, set in 1906, I used food to make the opposite distinction. Kula Baker has been raised in a lower class situation and pines for something more. But what she finds is unsustaining (and awkward, given her unaccustomed corset):

The orchestra played waltzes, and waiters slid through with trays of delicacies – a seafood (shrimp, according to Miss Everts’s whisper), a pastry filled with small black nubbins (caviar, Miss Everts called it), and, of all the awful things, snails. Due to my constrained condition and the peculiarity of these dishes, I declined to eat.

Which leads her to an overabundance of punch, which leads her to an awkward moment and a life-altering discovery. Who hasn’t been at a party and seen items served that, honestly, were gag-worthy? And who has not run romantic risks when confronted with an alcoholic beverage on an empty stomach?

Food defines status; food defines circumstance. But we all have to eat. I feel it is part of my job as author to incorporate foods that define the times about which I write, but that in addition my readers can use to relate to their own experience.

Janet Fox is the author of books for children and
young adults. Faithful (Speak/Penguin, 2010), set
in Yellowstone National Park in 1904, was a YALSA
Best Fiction for YA nominee and an Amelia Bloomer
List pick, 2011. Forgiven (2011, Speak), set in 1906
San Francisco during the great earthquake, is a
Junior Library Guild selection, 2011. Janet has
numerous MG and YA projects underway including
another YA novel, set in 1925, due out 2013. She is
a former high school English teacher and received
her MFA in Writing for Children and Young Adults
in 2010 (Vermont College of Fine Arts). Janet lives
in Bozeman, Montana.

Thank you for stopping by to share some food for thought, Janet!
Posted by Shelley Workinger at 8:18 PM