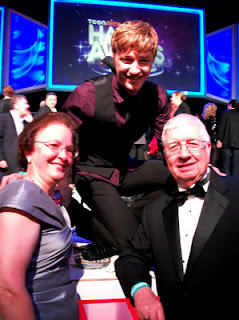 When a 6-mile area of Tuscaloosa was destroyed by a 2011 tornado, the University of Alabama was spared, but the campus was closed. Instead of simply heading home, 19-year-old student James O’Dwyer began collecting donations for those affected by the storm. He was so immediately and enormously successful that he was able to help not only Tuscaloosa residents, but people from many smaller nearby towns as well, which is how his project evolved into Magnolia Disaster Relief, a program to aid our neighbors who have been affected by disasters (tornadoes, hurricanes, floods, fires, earthquakes, etc.). We especially focus on areas that have been overlooked by national media and national organizations such as the Red Cross or United Way.

And an end to the emergency didn’t slow him down; James’s group has now also expanded into making "hit kits" (packed with essentials like water, food, toiletries, tarps, etc. for a small community affected by a disaster), which will be stored throughout the Southeast and be delivered to communities directly after a disaster strikes.

Find out more about the program here:
http://www.facebook.com/pages/Magnolia-Disaster-Relief/144667118939142
Posted by Shelley Workinger at 8:58 PM