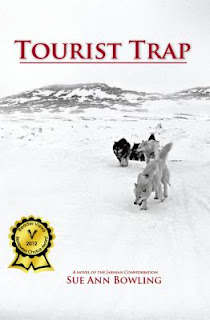 Science fiction may not seem like it should pay much attention to food, but even aliens have to live on something! Mine in Homecoming and Tourist Trap are either Human-like or Human, and they all eat. What’s more, they all enjoy eating—sometimes a little too much!

Roi, my protagonist in both Homecoming and Tourist Trap, has learned to appreciate fine food from his uncle, the noted gourmet Derik Tarlian. But he started life (and Homecoming) as a slave, and he hasn’t forgotten slave chow. (Think Dog Chow without the taste tests.) Even years later he will eat just about anything if he has to, as shown in this snippet from Tourist Trap when he’s helping Penny feed a team of sled dogs.

The dogs seemed to like it, and Roi took a cautious fingerful himself. “Roi, that’s dog food!” Penny scolded.
Roi grinned and sucked his finger. “Tastes better than a lot of slave rations I’ve had,” he commented. “Probably better nutrition, too.”

Roi and a number of other characters are able to read minds, teleport, and do a lot of other things mentally, but at an energy cost. Too much at one time and they’re apt to develop low blood sugar and pass out. Here’s a bit from Homecoming, right after Roi has reflexively overused his developing talents, forcing those around him to use theirs to protect themselves.

“Poltergeist reaction, I think,” Derik replied. “We’re all in esper shock, Vara. Can you get some food out here?” At least the table was still standing, and he needed its help on a second attempt to rise. “Ander,” he called as he clung to the table and waited for the world to slow its whirling, “why are you two so wet?”
“Figured the water might shock him out of whatever state he was in,” Ander called back, “so I jumped into the pool with him. Scared him, though, so I got him back out in a hurry.”
“Good thinking. Now get some food into him. Get his blood sugar up.”

Even some of the minor characters, like the adjudicator Kyrie, have some preoccupation with food:

The news screen was melting through a series of targeted advertisements even as the voice-over reported the latest doings of the planetary government. Kyrie glanced at herself in the mirror and grimaced at a tri-dee of a sumptuous meal accompanying today’s menu at her favorite restaurant. Not ‘til you get some fat off, my girl, she told herself.
Why anyone would actually pay for the privilege of being dragged across country and eating poorly cooked camp food when the planet had such superb cuisine was beyond her understanding. Not that Roi had seemed to mind, and she’d caught a glimpse of the concentrated food sticks they’d had for breakfast when she’d teleported the candy to the group. Then she paused as the food sticks and the gourmet meal juxtaposed themselves in her brain, and a slow smile spread across her face.
“Gralen’s,” she told the communicator, and a moment later the manager’s face was on the com screen.
“I want a meal for five delivered, in full stasis containers and including table service,” she told him. “At the Confederation Justice Building, before midmorning. Enough that they can nibble all day. Set up the menu so they can sample a wide variety of your specialties. It’s for a group of snowbound adolescents with excellent appetites, and at least one of them knows something about fine food.”
“Wines?” the manager asked.
“Of course. I’ll leave the selection to you, but I should warn you that Lord Derik Tarlian will be sharing the bill with me—and he will certainly check your selections.

Those wines are going to cause problems, but for that you’ll have to read Tourist Trap—which has just been named best fiction book of the year in the Reader Views contest.

Thanks for sharing your food for thought, Sue Ann! 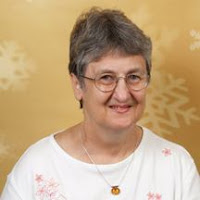 You can find Sue Ann,
and more about her books, at: