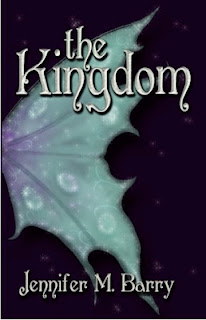 Ireland has a reputation. Let’s face it; when people think of Ireland, they think of beer. Or potatoes. Or the lack of potatoes, which has happened in the past. It was this lack of potatoes that spurred the good people of the Emerald Isle to do something about their food choices. Through exploration and determination, the bad-food stigma that hangs over England no longer applies to Ireland. In fact, you’ll find some of the most innovative and delicious dishes available in small, alley restaurants all the way up to the poshest of establishments.

When writing The Kingdom, I faced a bit of a conundrum. You see, the first publication included the names of several businesses and restaurants in Cork and Dublin. Within months, several of these businesses closed for good. This includes the Virgin Megastore, the Kingsley Hotel, and the store that replaced the Virgin Megastore. Not only did these establishments shut down after I wrote about them in The Kingdom, but also several other restaurants, pubs, and shops I’d written about in other books and short stories folded. My question was, of course: Is this just the way of things, or am I a terrible jinx?

To avoid the possibility of dooming the stores and dining spots that had escaped closure with the first release of The Kingdom, I decided to give them all fake names in the edited and expanded version. It’s a bit sad to me that I can’t share my favorite eats and haunts in Cork and Dublin on the pages of my book, but if it keeps them alive for another day, I’m all for it.

Here, I have been given another chance to proclaim the deliciousness that can be found in Ireland. I can give you the names of the restaurants where Lily and Rioghan shared meals and discovered their love for each other. Without further ado, I unveil (again, with fingers crossed and knuckles rapping firmly on wood) the culinary delights of Ireland.

When Rioghan and Lily first meet, they’re in a crowded pub on Oliver Plunkett Street. The real place is named Scott’s Pub and Restaurant, and it’s not at all the dark, history-steeped eatery you might imagine. Instead, it’s bright and modern, with a smoking area that opens up to the sky. This is where I enjoyed some of the best mushroom risotto I’ve ever had, so of course, Lily had to try some, too. Rioghan wasn’t so concerned with hunger, but he did have a thirst. There in Scott’s, he enjoyed a pint of Murphy’s, which is a stout much like Guinness but is brewed in Cork. I claim no responsibility for the recent acquisition of Murphy’s by Heineken. As far as I know, I never mentioned it in the book, and Heineken still plans to brew this delicious, smooth beer.

Another favorite restaurant in Cork made an appearance in the book. Mi Scusi is a little Italian eatery tucked away in a side alley, but people find it easily anyway. The real restaurant is actually named Scoozi, and it serves up some of the best vegetable lasagna I’ve ever had. I imagined Lily enjoying this dish while engaging in a battle of wills with her mother. See, the décor of Scoozi is very shabby chic, with antique farm tables, stained glass, and creaking floors. The atmosphere is divine, warm and inviting, but perhaps not to a woman who is accustomed to five-star restaurants. This restaurant is where I spent one of my birthdays—a very special occasion for many reasons—and I really felt I needed to pay homage in the book.

There were quite a few pubs and restaurants that went completely unnamed, but they’re no less important in my heart and in the story. Thom Barry’s on Barracks Street is a great place to enjoy a pint with friends without venturing into the craziness of City Center. When Rioghan begins to tell Lily his story, after she’s had some time to really digest the shocking news of his origin, this is where our couple sits to discuss what happens next. The Overdraught is an out of the way restaurant that overlooks some of the most beautiful Irish scenery you’ll ever hope to see. This is where Lily and Rioghan enjoy a meal of prawns and crab-stuffed tilapia, even if I never named it such in the book. The Speckled Door is a spot in Kinsale with a breathtaking view of the ocean—when the mist isn’t too heavy. Our hero and heroine had to stop here at least once for a quick bite and a cup of tea. And speaking of tea, they most certainly enjoyed a cup at Bewley’s on Grafton Street when visiting Dublin.

Food may not seem an important part of any book, but it is an important part of our personal stories. Just as with music, scent and taste can bring back memories long forgotten. If you ever get the chance to visit Ireland, I hope you’ll take the time to visit some of these incredible restaurants and pubs. Live the life of Lily and Rioghan; eat, drink, and be merry. And when you remember your story, when you’re telling your tales, I guarantee the mushroom risotto at Scott’s, the crab-stuffed tilapia at the Overdraught, and the strong, fragrant Barry’s tea at Bewley’s will all be a part of the narrative.

Thanks for sharing your food for thought, Jennifer! 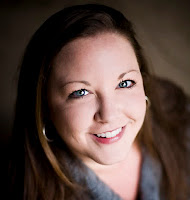 You can find Jennifer and her books here:

Jennifer's books on Amazon
Posted by Shelley Workinger at 6:35 PM