Food is an important part of life, and not only because it’s the fuel that keeps our bodies running.  Meal times can double as social events, business meetings, or celebrations.  Food can be a part of exploring new cultures, breaking the ice, showing affection, or comforting ourselves – or others—when the world gets us down.

The first book, The Hand of Fate, takes place on a cruise ship where food and drink of every description are available ‘round the clock.  In one scene, the main character, Dylan, and her best friend, Elizabeth share conch fritters at Margaritaville in Key West while they get to know Dylan’s love interest, Brian.  This is an instance of real life working its way into my writing, as my best friend and I discovered a love for conch fritters at Margaritaville (though it was the one in Orlando rather than the one in Key West).

In the next book, Call Out, the conch fritters make another appearance.  When Elizabeth, Brian, and Brian’s friend London go to Key West to investigate Dylan’s disappearance, the man helping them – Ashe – sends Brian and Elizabeth after food so that he can talk to London alone.  Though they don’t go to Margaritaville, they buy conch fritters along with Cuban sandwiches.

In the next book in the series, Everything You Are, food is talked about in a little more detail and plays a few more roles.  Elizabeth’s brother and her boyfriend make her a special meal of pecan-crusted chicken and four-cheese mac-and-cheese as comfort food when she’s going through a rough patch.

Later, her new friend Chris brings food to her apartment late one night when he comes to talk to her about what’s bothering her; he shows up with just the right food, proving that he’s been paying attention.  He falls asleep on her couch, and she brings him breakfast the next morning, her favorite scones and a mocha, like he’d had once before when they’d gone for coffee—proving she’s been paying attention, too.

And when Elizabeth goes to visit London in LA over New Year’s, she has a gourmet burger topped with Port sauce and Stilton cheese at a restaurant I love there, Umami Burger, giving readers the tiniest peep inside of Hollywood (I’ve made Port and Stilton burgers at home, too.  Though they aren’t the same as Umami Burger’s, they are very good.  You just reduce Port in a small saucepan over medium heat for about 15 minute, then drizzle the sauce over the cheese-topped burger).

In the latest book in the series, Storm, food once again plays a large supporting role.  My favorite food-centric scene in this book involves a surprise picnic of maki rolls and plum sake from my favorite Austin-area Asian restaurant, Origami.  In another scene, Elizabeth’s friend Seth wants to get her mind off the things troubling her, so he makes her get dressed up and takes her out to a nice restaurant where they eat dessert first and follow it up with appetizers in place of an entrée.

‘What are they eating?’is a question that many readers never think to wonder, but it can be an important one.  What a character chooses to eat or where they choose to dine may seem to many to be unnecessary details, food and dining choices and the roles they play can give the reader a lot of insight into the characters’ personalities, motivations, and even their relationships with other characters.


Thanks for stopping by to share your food for thought, L.B.! 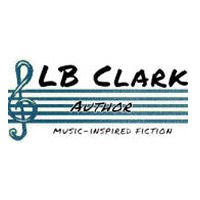