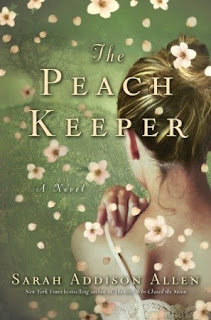 Sure, Keeper’s not about Rachel – she actually gets very little “face time” – but she’s one of those supporting players whom we love watching steal a scene. And Rachel does this not with her belief in love, but her belief in coffee…or rather her belief if the meaning behind a person’s coffee choice. She, in fact, keeps a log of customer orders at the shop where she works, noting what she sees as scientific evidence supporting her theory, such as: an iced mocha latte is “a drink for people who are ready for comfort.”

Now, shop-owner Willa stumps Rachel, although Rachel doesn’t know that Willa purposely changes her order daily to keep the girl guessing. Luckily, Rachel has a much better grasp on the handsome and newly returned-to-town Colin Osgood. She doesn’t hypothesize much when he requests a cappuccino with one raw sugar, but the conspiratorial tone with which she shares the info with Willa speaks volumes. And Rachel’s suspicion of her boss’s feelings for Colin seem to be confirmed when Willa returns to work after a date with him and requests “Something frozen and sweet. Chocolate and caramel.” According to Rachel, that means Willa’s “thinking of something that makes [her] happy.” Clearly the coffee reveals all. ;)

So is Rachel the coffeeologist right? Has Willa found love? That’s only one of the mysteries to be solved; an even juicier one is: Who murdered Tucker Devlin???
Posted by Shelley Workinger at 8:59 AM