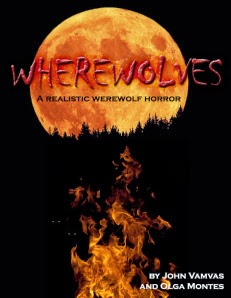 Chapter 29
Back to the Ending

Crosby is a small town. Quiet. Its people are pleasant, but prefer to keep to themselves. The few shops there never stay open past six o’clock, except, for the Eats All Nite diner, an old fueling station that stands alone in a vast parking lot on the outskirts. The diner honors its name. The gas pumps have been dry for a few years now, but many truckers still make a point to stop over for Old Man Sam’s filling meals, topped with his famously delectable brownie. Samuel Burton’s wife, Maggie—gone two years now—won many a Blue Ribbon for those.


Currently, Sam balances a white plate, featuring an enormous chocolate brownie, topped with whipped cream, hot fudge, chocolate sprinkles and a plump maraschino cherry. He passes a young couple, Kurt and Annie, who sit in a booth and follow the dessert plate with their eyes. He sets the plate down in front of Gary—a clean-cut truck driver—and wrinkles his nose. “You hauling fish again this week, eh, Gary?” he says, and smiles. His upper denture shifts and he repositions it with his tongue.


“Enjoy!” Annie tells Gary from the next booth.


Gary looks up at the couple and frowns. “You’d better believe I’m going to enjoy this,” he says, waving his fork, “‘cause I work hard for my money. I pay my taxes and have never taken a dime from anybody. Saved up and paid for my rig out there cash” —he points out the diner’s rail car style window— “and nobody’s going to take that away from me,” he opens his jacket to reveal a gun in its holster. “That’s why I carry this baby,” he says, and pats his weapon.


Speechless, the couple turn to each other and sink back into their seats.


The town was really Tacoma, Washington. Johnny and I had been looking for Enumclaw (another town apparently not too far away) for hours. It was three in the morning and we were falling asleep at the wheel. We pulled into a Friendly's to get some coffee—though hungry, it's all we could afford on our tight budget (we were 3000 miles from home)—and salivated when the waitress passed us, in what seemed like slow motion, with said brownie. She set it before the only other patron in the place—who happened to be sitting in the booth next to ours. Johnny and I both said "Enjoy!" at the same time but our editor advised it was better to give the line to one person. Everything that comes out of Gary's mouth is pretty much word for word what that guy said (except he paid for his house—not his rig—cash). And then he unveiled his gun. We will never forget that gun. As Canadians, we don't often (if ever) get to see a gun-carrying civilian and that pretty much freaked us out. As writers, though, we thanked our lucky stars and pocketed that incident—eager for the day when we could put it into one of our stories.

A few people have commented that WHEREWOLVES is such a realistic tale that the brownie scene—Gary in particular—feels a little cartoonish. They find it odd that we've created such an outlandish character amid such authentic teens. We don't laugh, though, knowing that 'Gary's' is the only factual scene in WHEREWOLVES. Actually, for us, it's a little chilling and sobering. We've since stopped off at Friendly's (they can be found all over the US) and we assure you that that brownie is as delicious as it looks. Even so, it left us with the taste that life is much more fantastic than fiction.

Thanks for stopping by to share your food for thought, John & Olga!

Posted by Shelley Workinger at 11:30 AM