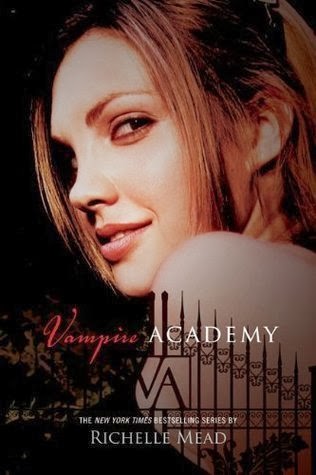 Why is she not eating? Was my actual question with this one.

Because in the opening scene, Lissa the Moroi (vampire royal) feeds from Rose the dhampir (guardian), leaving Rose so dizzy that she had to lie down.

Now, Lissa does recognize the toll the blood loss has taken on her friend, and she does leave to go find her something to eat.

But while she’s gone, it’s Rose that notices the  stranger watching from across the street, realizes that they’ve been located by the people they’re on the run from, and even in her weakened state rushes to Lissa, who’s taking her sweet old time finding a snack for her friend!

Yes, theirs is a relationship unbalanced by definition – Rose the guardian will always be at the service of Lissa the royal. But the more I thought about it, I realized that if you take away the vampire aspect, theirs is not that different from many normal girl friendships. Often, one is more popular for whatever reason; one gives more while the other takes. So while this story friendship is supernatural, the imbalance is perhaps completely natural; it’s how we relate as both humans and non-humans.

And when I look at it from that perspective, the lopsidedness of Lissa and Rose’s relationship doesn’t bother me as much. Both girls recognize the necessity of it – that Rose truly has more to give and that Lissa only takes because she has to, not because she feels superior or entitled. It’s not a Homecoming-queen-lording-social-currency-over-minion situation, and Lissa does in fact try to do what she can for Rose, like spring her from the academy for a day of shopping.

Still, it wouldn’t hurt Lissa to pick up a burger for her friend once in awhile…or maybe use that inexhaustible credit card to put a stocked mini-fridge in Rose’s room. ;)
Posted by Shelley Workinger at 7:33 AM