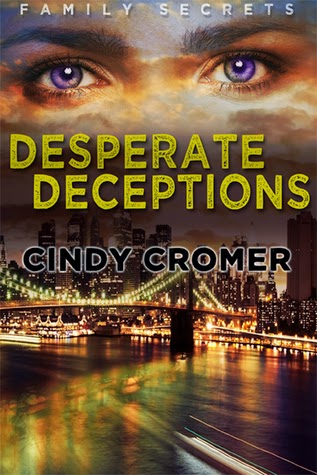 I had quite a bit of fun preparing for this post, especially since cooking isn't my forte. My favorite recipes are nuke it, deliver it, or drive through. I don't enjoy cooking but do feed my characters very well. In my first mystery/suspense novel Desperate Measures, the main characters dined on lobster in the Caribbean Island of St. Kitts. Oops! There was a meal none of the characters should have ingested and I promise I didn't cook it! One delectable seafood dish had become poisoned by the unknown villain on a rampage of destruction and revenge.

In my second novel, Desperate Deceptions, the characters meals are less extravagant but reflect my roots from New Jersey and some of those hometown favorite foods you just can't get down here in Florida. In one scene the main character craves White Castle hamburgers when she arrives in New Your City. Can't get those in the Sunshine State nor authentic Russian dressing.

As glad as he was to see Caitlin, Barry willed the impromptu meal to come to a quick end. He silently cursed Jack and Lukas before but now everything stood in the path of his wrath. He put on a façade and took another bite of his Reuben sandwich then grimaced. Another check on his bitch list today, this damn dingy diner couldn’t even get a Reuben sandwich right. The crunch in the dressing meant it was Thousand Island, not Russian. Any self-respecting restaurant/deli, especially in New York and even this dive, should know the proper ingredients to a simple world famous sandwich.

His patience wearing thin, Barry abruptly stood, kissed Caitlin on the cheek and promised to call tomorrow. After he threw some bills on the table he shook Chris’s hand and made eye contact. He didn’t need to say anything further, the message was clear: Take care of her and no screw-ups this time. Satisfied with the involuntary flinch Chris exhibited, Barry left.

On his way to his office thoughts, theories, and questions collided in Barry’s mind. Once he settled himself at his desk he prepared for the phone call he intended to place. His mind played various scenarios but one scene was certain; a confrontation.