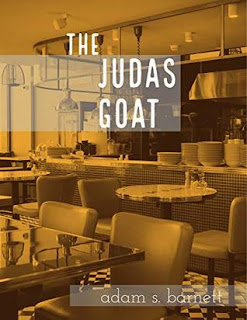 I am really good at arguing with myself.  And I lose arguments with myself.  All the time.  When I’m thinking about a problem, I am my own irresistible force and immovable object all at once.

As an attorney, it has come in handy over the years.  I know the weaknesses in my case before I ever set foot in the courtroom.  I know what the other side is going to say, so I say it first.  I control the weakness.  I put it on display.  And because I’m prepared, I can explain with confidence exactly why that weakness simply does not matter.

When I decided to write The Judas Goat, I had read many cases where one person used lethal force upon another and raised the issue of self-defense.  Some were successful, many were not.  So I thought about the “poster child” case, a term used in the profession for a case where the alleged events are so sympathetic it could affect the outcome of the case.  In a perfect world, there wouldn’t be such a distinction, but as well all know, this isn’t a perfect world.

In my past life, I have cooked professionally.  I’m not a chef.  I’m a cook.  And I’m still a cook at heart.  I can make anything you want, and make it the best you’ve ever had.  You want pineapple on a pizza?  You better believe you’ll get pineapple on your pizza.  You want a fried egg on your burger?  I’d be disappointed if you didn’t.  Tell me what the rules are, and I’ll exceed your expectations or go down swinging.

It’s not too big of a shift to practicing law.  As lawyers, we’re stuck with the laws we have.  There’s the rare exception where a higher court will say a given law, as applied, violates the Constitution in some way.  But the vast majority of the time, you are stuck with the laws you have.  Those are the ingredients.  Legal procedure is a recipe.  But it’s my job to make sure that my finished product is the best.

In The Judas Goat, diner owner Kyle Morrison shoots and kills a teenaged assailant in a robbery attempt.  Unfortunately, he may have deviated from the “recipe,” the narrowly-drawn parameters of self-defense in which the State will allow one citizen to take the life of another.  Kyle finds himself prosecuted for murder in a very high-profile case that destroys life as he knows it.

Kyle’s attorney, Owen Malone, has quite a challenge.  Crimes are elemental, much like the beloved BLT.  If I give you a sandwich with bacon and lettuce, but no tomato, what do we have?  I don’t know, but it’s not a BLT.  And crime is the same way – the prosecution has to establish that all the elements that make an act a crime are there.  The problem Owen has is… well, the elements are arguably there, even if Kyle’s actions could have been considered understandable.  Owen’s only hope is that the “recipes” of the criminal justice system won’t be followed to the letter.

The biggest challenge in writing the book was the inevitable argument of gun rights vs. gun control.  A quick look at the “comments” section of a Facebook post on the subject will tell you many people see no middle ground.  But, just as much out of force of habit than anything else, I found myself engaged in an internal argument on the issue.  Where exactly did I stand?  Is it possible to have a hard position on the issue?  Or is this one of those subjects where one can’t have a staunch position and truly understand the quandary?

In the end, I simply put all of my arguments in the mouths of my characters.  Sometimes they said things I agreed with, sometimes they did not.  The book won’t serve as a validation of either extreme.  But as a lawyer, the first thing I try to do is understand everyone’s position.  Often times, I have been able to spare litigants a lot of anguish by simply explaining competing perspectives and figuring out a solution other than war.  I hope this book lends itself to positive discussions about this issue and how we can all work together to solve it.

But if nothing else, Kyle shows everyone how to make awesome sausage gravy, one of my favorite guilty pleasures.  So there’s always that.  Sausage gravy makes everything better.

Thanks for stopping by to share your food for thought, Adam! 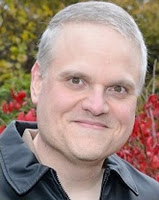 You can find Adam here:

Posted by Shelley Workinger at 11:48 AM