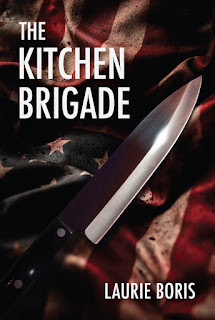 If You Can’t Stand the Heat, Get Out of the Kitchen

Survival during wartime means doing without, but those who endure discover how to get what they need. For most of the characters in my dystopian novel The Kitchen Brigade, this revolves around food. Food is love. Food is culture. Food is community. For this group of women who have made cuisine their passion and their livelihoods, food is everything.

When we first meet Valerie, a former culinary student, she’s cooking with whatever she can scrounge in the mess hall of a refugee camp. To bear the nightmare her life has become since a war-torn America was occupied by Russia, she draws on memories of learning to cook as a child. She recites the names of the French “mother” sauces like a mantra; she recalls the aromas of licorice and vanilla that keep her father alive in her mind.

Again she calls upon her childhood comforts when she’s imprisoned and forced to cook for a Russian general. In his kitchen she’s thrown into a brigade responsible for crafting five-star meals for him and his guests…carefully supervised by a mysterious head chef and the general’s well-armed guards.

Since the story takes place in New York’s Hudson Valley, local cuisine is on the menu. Perfectly roasted venison is the star when the general entertains his special guests. Meals always include bounty from the nearby wineries, along with fruits and vegetables (as they can be found, or stolen.) For an extra dash of flavor and intrigue the head chef grows herbs in pots on the kitchen’s terrace. When the resistance interrupts their supply lines, the general’s men shoot ducks out of the sky and commandeer anything they can find in vehicles stopped at checkpoints.

Because the kitchen is often called upon to produce haute cuisine when certain staples are unavailable, the women need to be resourceful. They can make pasta without eggs, biscuits without milk, and nearly anything without butter. They even make their own butter—when they can bargain for cream.

In one of my favorite food-related scenes, Valerie makes up a plate of leftovers for a young Russian guard and sits with him over dinner. They barely know a few words of each other’s language, but sharing a meal provides an opening for empathy and compassion: they grow to understand each other’s struggles, and what the war has taken from their families. In a time when the world is trying to divide them, the simple act of sharing a meal can show what unites them.

Thanks for stopping by to share more food for thought, Laurie! 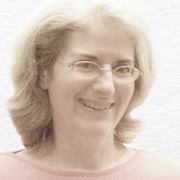 Posted by Shelley Workinger at 3:30 PM