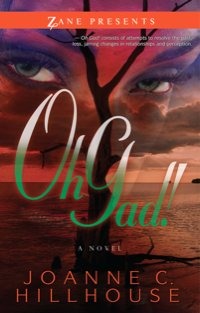 How to describe pepperpot? The name doesn’t do it justice. It should be called meal that makes my mouth smile and my stomach sing. Pepperpot is so good, I can’t even eat it that often. Correction, my mother’s pepperpot is so good thank God she doesn’t cook it every day or else I’d eat so much of it I’d probably grow to hate even the smell of it, like I do peanut butter. Don’t ask.

What is this goodness of which I speak?

How to describe it to a non-Caribbean person? Think of the word potpourri. Pepperpot is kind of the same concept – a mix of things that, when they come together, create their own unique brand of goodness – only edible. It (the pepperpot, that is) is a pot of garden goodness, and you can keep it there if you’re vegetarian, but even folks who won’t eat certain types of meat – pig mouth, anyone? – will eat it in a pepperpot. Like we say in Antigua, “E bang good!”

Confession time. I’ve watched my share of cooking shows, with The Neelys and Take Home Chef being among my favourites as much for their personalities as their cooking. With all that watching, it’s never occurred to me to take their recipes for a test run. Somehow the child who used to take her tanty’s epically big green cookbook for a spin has left the building. In her place is this girl who cooks for convenience when all else fails… except maybe at Christmas when her lasagna is requested for the table. And after the debacle of Christmas before last, who’s to say what will happen in the future.

These days I’m more inclined to write about cooking than actually cook. Writing is my gift in the way that cooking – and gardening – are my mother’s. We won’t delve into comparing the quality of the gifts, except to say that I never leave a spoonful of my mother’s thick slow cooked soup of greens and vegetables and meats in the bowl. Lord, e bang good!

It was perhaps inevitable then that as I hit a patch in my novel-in-progress where I wanted the women to gather for a pre-picnic cook down, I would turn to my mother and say, “Would you tell me how to make pepper pot? It’s for the book.” Maybe it was the ‘for the book’ part because normally my mother would show me her back and tell me if I wanted to learn, come and put hand next time. Like the mother character in the book says about pottery making at one point, my mother firmly believes that “The knowing is in the doing”. I realized that part of this with women like my mom – and maybe any cook who’s not plotting her next cookbook– is that so much of what they do is training and instinct. They know the parts, but how it comes together is always new for them, and how do you write down something you haven’t yet discovered. It’s kind of like when I’m writing; even in those times when I know where the story’s going, I still have to get there and the twists and turns are as much instinct as planned action. In cooking as in writing you have to know your stuff, yes, but you also have to be open to the moments of inspiration.

In any case, my mother gave me what she could – as she always has – and I wrote it down, which is what I do; now we have the ‘epic’ pre-picnic cook-down scene in my new book Oh Gad! It’s an April 2012 release, a labour of love several years in the making, and it weaves in, in that one scene, pepperpot-making tips from the world’s best pepperpot maker. Yes, I said, it. What?

Thanks for stopping by to share some food for thought, Joanne!

Antiguan and Barbudan/Caribbean
writer  Joanne C. Hillhouse
is the author of three books:
The Boy from Willow Bend,
Dancing Nude in the Moonlight
and the 2012 release Oh Gad!

*Photos by Emile Hill.
Posted by Shelley Workinger at 7:37 PM