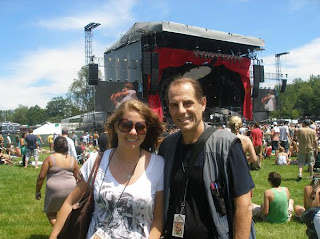 Lauren McClusky’s “McFests” were well on their way to becoming a tradition in Chicago, where the charity concerts raised over $30,000 for the Special Olympics. Unfortunately, the money raised during the 3rd annual event had to be put toward attorney fees when McDonald’s filed an opposition against the 19-year-old altruist, claiming her use of “Mc” infringed on the famous trademark.

Initially Lauren was “kind of honored” that her work blipped on the McDonald’s radar. But “when [she] realized how serious it was, it just got ridiculous and offensive. They just wouldn’t listen.”

Yes, Lauren could’ve just changed the event’s name (which she built around the “Mc” in her own surname), but she didn’t want to also have to rebuild the brand she’d worked to establish since she was 16. She also hoped McDonald’s would be interested in working with her, since the corporation also supports the Special Olympics.

Unfortunately, the final agreement required Lauren to relinquish the “Mc,” but her next event, which launched the new name “Nelarusky” (combining letters from both her first and last names this time), had a stellar turnout and still raised $22,000 for her cause.

I’d tell you to buy tickets for her 2012 event, but the tickets sold out in ONE MINUTE!
You can still visit her site, though:
http://nelarusky.com

I'd love for you to comment with your thoughts:
Which side do you think was right?  Do you think the decision was fair?


Do you know a toast-worthy teen you’d like to see featured here at BWATE?
Comment below with your email address so we can get a post together!
Posted by Shelley Workinger at 1:50 PM